Lando Norris has just been crowned Formula 1 Rookie of the Year. In his debut season as an F1 driver for McLaren, and as the youngest driver on this year’s grid aged just 20, he placed 11th in the championship standings; one place above a former world champion, Kimi Raikkonen.

There’s a lot that has made Norris stand out this season, but it doesn’t stop with his on-track achievements. The origins of most F1 drivers are rooted deeply in karting as youngsters and it’s where many are scouted and develop their skills and love for racing. And while Norris has gone through the physical racing ranks, his journey actually started on the virtual track, playing games like iRacing and Real Racing on a home driving simulator setup.

To this day, one of Norris’ favourite hobbies is sim racing. And not just in a casual sense; he still competes where he can. Earlier this year, he won a 24-hour sim racing event alongside fellow Formula 1 driver Max Verstappen. He also likes to stream himself taking to the virtual track on Twitch, while also dabbling in a bit of PUBG.

As someone deeply invested in virtual racing and gaming culture as a whole, what better occasion to chat to Norris than at the final event of the McLaren Shadow Project competition, which saw 21-year-old Slovenian Kevin ‘Siggy’ Rebernak win himself a place on the McLaren Shadow esports team.

But just how has sim racing played such an integral part in creating one of Formula 1’s most exciting prospects? Could someone like Rebernak possess the skills to become a future F1 star? We asked Norris these questions, and more.

The Loadout: Where did your sim racing journey start and how did it help you become the driver you are today?

Lando Norris: I got my first simulator when I was like 9, 10, 11, or something like that. I had the whole Logitech setup, that was the first time I really started to be really interested in it. As much as I loved all the karting I was doing at the time, I really loved sim racing too. That’s when all the programs were starting to get better, so we had iRacing, everything like that, and R Factor had good competitions going on too. So, when I was around 10 or 11 years old, that’s when I went from just gaming and playing like Gran Turismo on the PlayStation with a controller to playing on my simulator racing against people from around the world, and that’s when it became a hobby of mine. Then I started to take it more seriously and over the last few years, I’ve done more competition stuff which has been really cool. 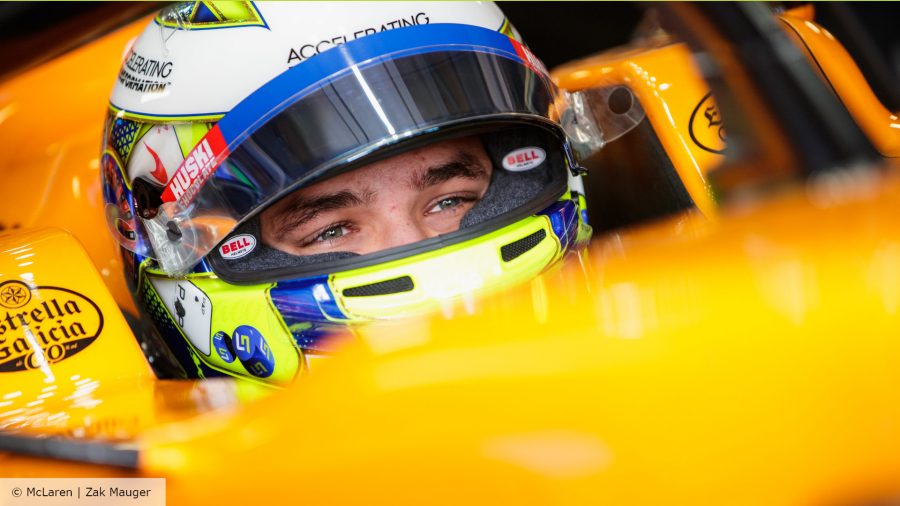 What aspects of being an actual racing driver did it help you develop?

Obviously there’s such a big variety of cars you can drive in these games, so although my career on the actual race track has generally been single seaters, being able to drive different cars on a sim is helpful. Sometimes it doesn’t correlate very well, like if you’re driving a V8 supercar on a sim it’s not like an F3 or a Formula Renault car, but there’s so many different things you learn driving different cars which can help you.

Being able to race drivers with real talent like the Shadow Project guys –  guys that know how to drive these tracks so well on a sim that you have to focus on doing everything properly like looking at your setup, your data, looking after your tyres, race management, all of this stuff becomes quite real. So, it’s not like you can just jump in and smash people off the track like a lot of people do.  When you start taking it seriously it excites sim racers, it’s tactical, you can’t just take people out. That’s why people love it so much because that’s as close as many can get to driving the real thing.

So in every way from the racing to the setup to learning about how a car is set up and knowing which corners you can overtake on or can’t overtake on, just racing people with different driving styles is helpful too. Like I race against Max [Verstappen] sometimes; I race against a lot of real life drivers and their characteristics they have on the real track are the same on a simulator. You can see it in the way they drive, like if they usually go for super late moves or they have a specific style on a certain track they have the same on the sim. That’s the same for me, if I have a tendency to brake too early or too late on certain corners, I hop on the simulator and find myself doing the exact same thing. So I can figure out what problems I have before I even get to a track.

We’ve just seen Kevin ‘Siggy’ Rebernak smash the Shadow Project competition, dropping only a single point. It’s clear he has racing talent, but do you think we could ever see someone who’s come from a solely sim racing background line up on an actual Formula 1 grid?

Ooh, that’s a tough question. I think it depends. I don’t know about Kevin, but from what I’ve seen, he still drove the real car really well at Dunsfold during that stage of the competition.

But not every driver who is good on a sim will be good in real life. You have a lot more fear in real life, maybe because of the costs, injuries, G-force. A lot of things give you fear and these are all things you don’t feel on a simulator. So when these things start kicking in then how you drive can change quite a bit. There are already plenty of cases where they can go from a simulator, having never really raced a real car before, to getting in a car like a McLaren GT4, and go up against drivers who have been doing it for years and do a really good job – and sometimes beat them.

I doubt any of them would be better than a real track driver straight away. You need to be good at adapting to those differences but if you give them a few days to get the hang of it, they start to feel the G-force more and they know what fears will be in their way then they can be very competitive. I’m sure Kevin will be given every opportunity to do just that.

Now one thing you enjoy doing in your spare time is streaming, why do you like streaming? Is it a relaxing thing to unwind to? Or do you enjoy letting fans in on your life a bit?

Well, I don’t like letting people in on my life exactly. Like when I’m at home I like just being alone without anyone else. But when I’m on iRacing or playing PUBG or whatever, then it’s more fun to interact with more people. Especially fans who support you throughout the season. It’s a win for me because I have more fun than just playing on my own and they get the interaction. You’re giving a lot of fans the opportunity to say hi, ask questions, which you never really get in Formula 1. Like when you go to a track, how often do you get to ask a F1 driver a question? So they love it and I love it. 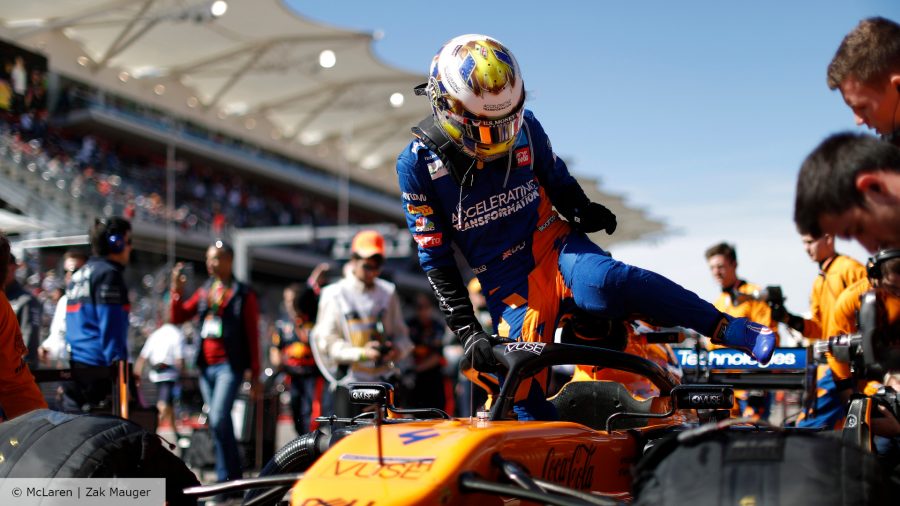 I watch quite a few streamers, I’ve watched a whole load of Shroud and Dr DisRespect. I watched a lot of the GTA V roleplay guys too, like Vader. I like watching guys who do all different types of stuff, even if they’re playing a completely different game. It could be someone that I’ve met at like a race day or something and even if they’re playing what I would see as the worst game in the world, it’s still good fun to jump into and see what they’re doing.

But as for me playing other games, not really. I’ll probably just stick to what I’m good at and I know well which is iRacing and PUBG. I mean I’m not really good at PUBG but I love it. In the future, maybe over the winter when I get some time off, I might just try a few new things, we’ll see.