“Excel is a family,” says Mark ‘Caedrel’ Lamont. “We’re the boys.” He’s speaking to the BBC in its new five-part documentary Fight for First, which takes viewers behind the scenes with Excel Esports as they battle it out in the LEC 2020 Spring Split. Truth be told, the team never expected to actually fight for first place, but their realistic goal of making Playoffs put a lot of pressure on the team.

To maximise their performance, the Excel League of Legends team lives together in a gaming house. The five team members do everything together, from scrimming to sleeping and everything in between. Also ever-present is Excel’s head of performance, Fabian Broich and coach Joey ‘YoungBuck’ Steltenpool.

But, as the documentary progresses and Excel’s season begins to fall apart, the pressure of competing at the highest level rises, and there’s no escape when the players go home. Living in a gaming house may be conducive to practising, but it blurs the lines between work and play. And despite the fact that you feel like a family, problems can quickly arise.

Broich understands the issues surrounding the isolation in the gaming house. “When you’re in esports,” he explains in the documentary, “it’s really rough to have a relationship with a partner, or even having a lot of contact with your family or friends.”

Patrik ‘Patrik’ Jírů agrees, saying “I miss my mum, my dog, and my brother. My dad as well, obviously. But I prefer it here, because there is just more space – I don’t have my own room at home. But I still talk to my mum almost daily.” 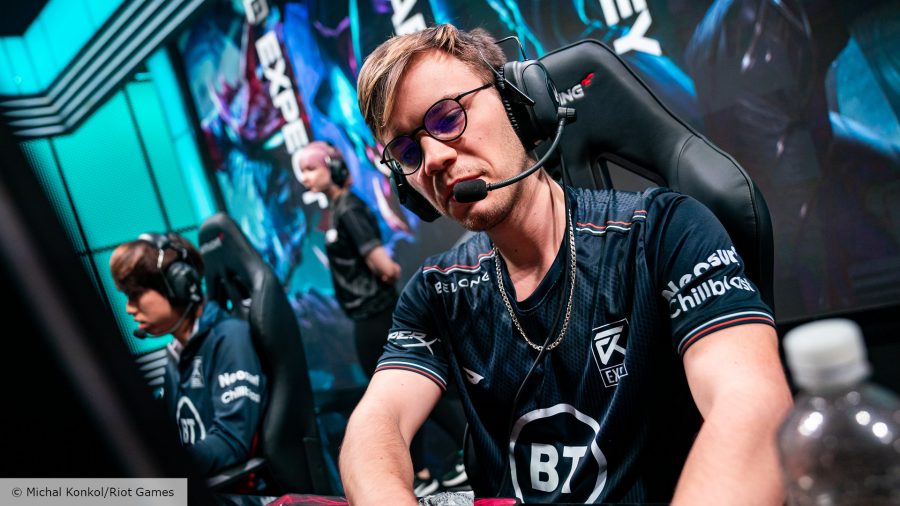 During the documentary, players received care packages from home – gifts from family to keep their spirits high. But, it’s still difficult. These are men in their early twenties – some as young as 19 and 20 when the documentary was filmed – who are away from their families for months at a time, with next-to-no in-person contact with anyone outside of Excel, barring quick conversations with fans as they sign t-shirts or take pictures.

A lot of teams still have stigma against players having girlfriends

From the outside, this might seem similar to leaving home to go to university, but in reality it’s a very different experience. Even before lockdown, the majority of the professionals’ time is spent within the four walls of their house. Of course they can leave, but usually it’s together as a team, whether it’s for meals or for fun. Contact with anyone else is limited, thoroughly monitored, and usually online. It’s no surprise then, that the setup of some gaming houses can have a negative effect on its inhabitants.

One thing Excel does differently from other teams, however, is allowing players to be in relationships. Most players in the house have girlfriends, which is unique in esports. “It’s more socially acceptable now for staff members to have girlfriends,” says YoungBuck. “A lot of teams still have stigma against players having girlfriends – we are the exception, thank goodness.” 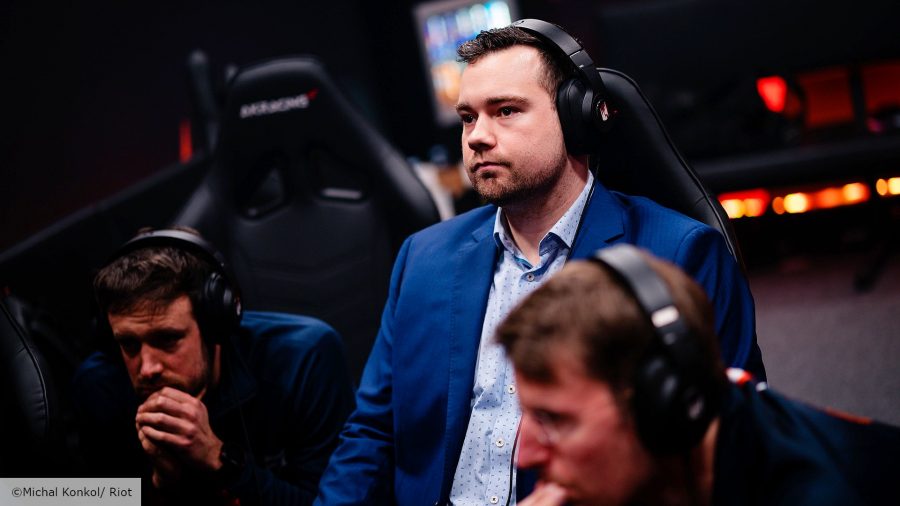 The stigma comes as much from other players as it does from outside influencers. “Pro players say that if you have a girlfriend you can’t fully commit to the game,” says YoungBuck. “So you have to prove that you’re very responsible with having a girlfriend, and I think we managed to do that.”

Founder and chief gaming officer of Excel, Kieran Holmes-Darby, tells The Loadout that banning players from having relationships in esports is “unreasonable.” “We allow players to live their lives,” he says. “Their work is their most important thing at this moment in time, but of course we want people to go out and meet people, and again, we have a duty of care to the players to help them manage those relationships.”

Moving into an esports house at an early age can make it hard to form those relationships in the first place. It can mean missing out on important aspects of growing up, like going to university, having other hobbies, and making friends.

This is a struggle that Patrik opens up about. “I was going to make a Tinder profile once we moved to Berlin,” he says. “But I chickened out. I was too scared to do it. Scared is the wrong word, maybe insecure. I’m a man who is playing videogames most of my time so I feel quite insecure about women. That’s something I need to work on.” 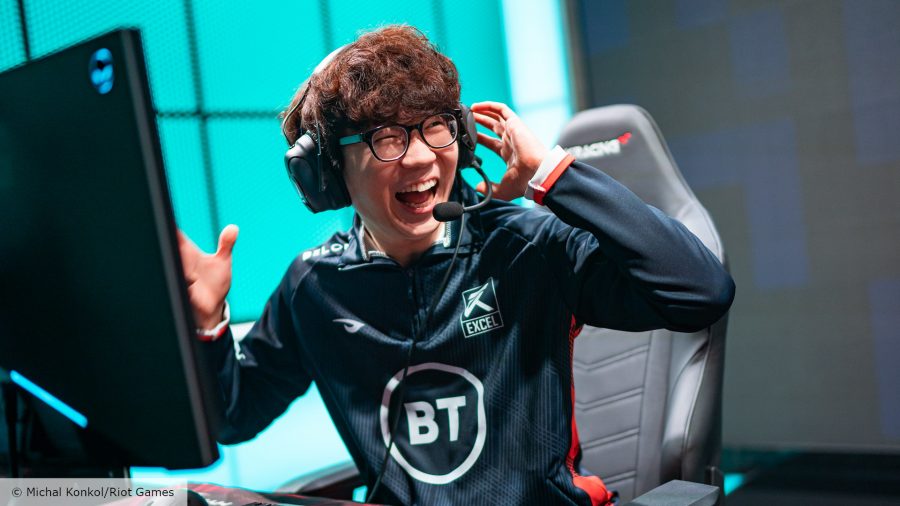 However, when the pressure increases, cracks in the Excel family structure start to show. After Excel’s loss to rivals Fnatic, Ki ‘Expect’ Dae-han went out drinking with friends until the early hours. The young player trashing his room and blacking out upon his return.

But what precautions are in place to help young players from avoid making these sorts of mistakes because they don’t know how to deal with failure? 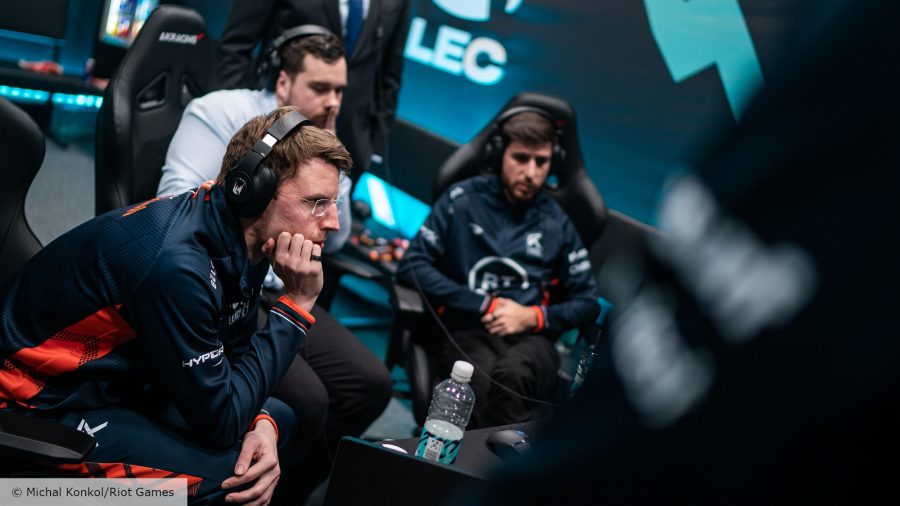 Holmes-Darby tells The Loadout that the team is aware of the difficulties surrounding the pressure that team members face. But he wants to ensure that Excel lets the players live their own lives, and make their own decisions – and mistakes. However, he assures us that there are protections in place for players.

“We have a duty of care to these players at the end of the day,” he says. “They are young and experiencing the world for the first time. A lot of them have a relatively sheltered upbringing and then they move into a career where everything’s taken care of for them. So we have to let them experience the real world because we think that’s really important for their personal development. But we also have to be there to support them when things don’t go the way that we’d hoped.”

Holmes-Darby explains that Excel has “some of the best support structure for players compared to anyone else in the league. We have both a head of performance and our team performance manager on hand who have constant one-on-ones with the players, talking about everything outside of the game. So they essentially become counselors in that sense for all forms of problems.” 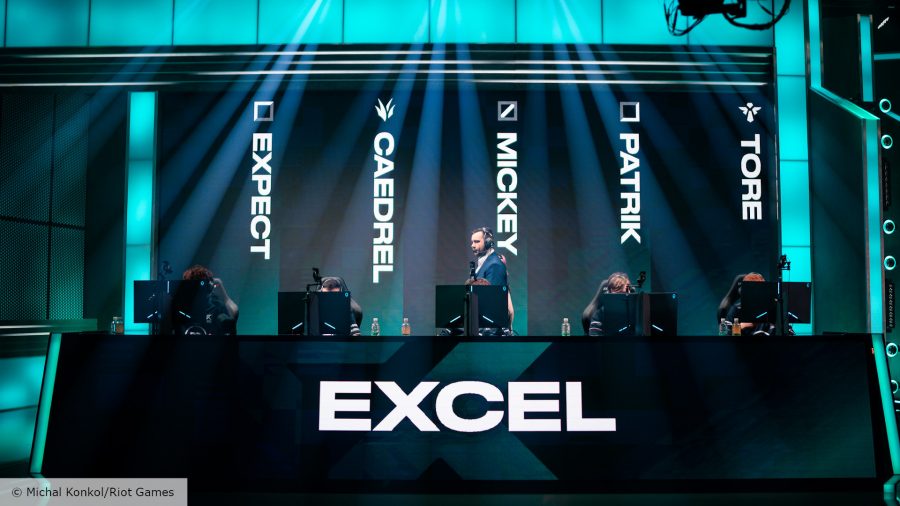 Waiting for problems to occur before dealing with them comes with its own issues, of course, with the prime example being Expect blowing more money than many people earn in a year in a single night. Holmes-Darby understands that Excel has a duty of care for the players, but is its retroactive counselling enough – and is it working?

The struggles of leaving home to join an esports team where you live and breathe League of Legends are clear. From maintaining healthy relationships with friends, family, and partners to coping with high pressure situations, esports athletes are young men still working out how to navigate the world, and it’s difficult.

The five-part documentary Fight for First: EXCEL ESPORTS on BBC IPlayer from Sunday, January 10, and it will also be shown weekly on BBC One, starting Wednesday 13 at 23:35.