The esports industry can comfortably boast a global audience well into the millions, but could the way we measure viewership for esports broadcasts result in advertisers turning their backs, despite the popularity?

When it comes to finding out how many people are tuning in to big events and streams, the esports industry finds itself playing from a completely different rulebook than the one used by entertainment or sports broadcasters on regular television. The rather easily manipulable ways in which esports viewership is currently being reported are now coming under scrutiny from advertisers who want more precise numbers.

Digiday outlined in a recent article a number of ways in which the very loose standards of viewership measurement are negatively affecting advertisers and show what some of the big players in esports are doing to address the problem. The first aspect is the fact that game publishers and event organisers are reporting viewership figures themselves to potential sponsors and advertisers, rather than through a third party like a data analytics firm.

Although they aren’t flagrantly manipulating the numbers, the lack of a third party means they can present the information in whichever way they please, cherry-picking the best stats to give an impression of strong viewership.

“Historically, some companies in esports have tended to report vanity viewership metrics that tend to be larger like views and hours watched,” Kasra Jafroodi, strategy and analytics lead at Activision Blizzard, tells Digiday. “Unfortunately, metrics like these tend to lead to incorrect comparisons, setting false expectations and ultimately inflating the value of their audiences.”

The second aspect is the metrics themselves. In the esports industry, we’re used to reading stats about ‘peak viewers’ and ‘total hours watched’. While these measurements do paint a picture, they don’t offer much in the way of precision for advertisers.

A broadcast that peaks at 100,000 viewers sounds brilliant, but that doesn’t give any impression of how long that peak was there for. ‘Hours watched’ can also make for impressive reading when comparing esports streams to sports events for example. However the average length of an esports event far exceeds that of your typical sports broadcast and, again, doesn’t give much of an accurate representation of when the most-watched moments in the broadcast are. 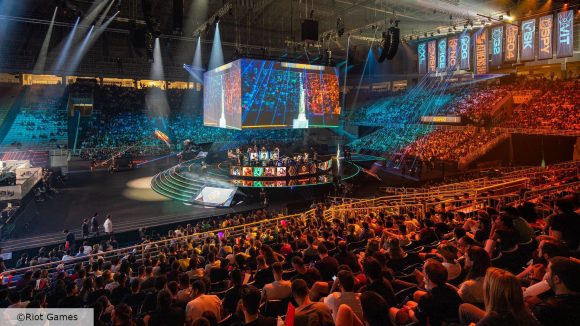 Another aspect, which was highlighted in a report from Kotaku, is the influence of incorporating viewership figures form Chinese platforms. The esports audience is massive, but it’s extremely hard to get precise numbers from China due to the nature of the platforms they use to watch events and tournaments. As a result, the figures are often difficult to verify.

There’s also the rather nefarious issue of including views from bots and embedded streams. Botted views are bad, as this is a blatant attempt to directly mislead people and show a stream to be more popular than it actually is.

Embedded streams, however, are slightly more conniving. Usually appearing in advertising space on websites, they are often responsible for massive, questionable-looking spikes in viewers, as any visitor to a webpage with an embedded stream is counted as a view – that is if the visitor interacts with it in some way.

Related: The most popular esports titles

The esports industry needs to do something to win back the trust of advertisers and find a way to accurately present real viewing figures. In the last few weeks, many developers and tournament organisers have turned to data analytics company Nielsen for help to change the way we look at esports viewership.

In recent months, Nielsen has added the likes of Riot Games, Activision Blizzard, ESL and DreamHack to its books to help monitor their viewership figures and give potential advertisers honest reports about the popularity of their broadcasts.

The solution that Nielsen is offering these companies is a not only third-party transparency but a new metric for calculating the popularity of an esports broadcast called ‘average-minute audience’. 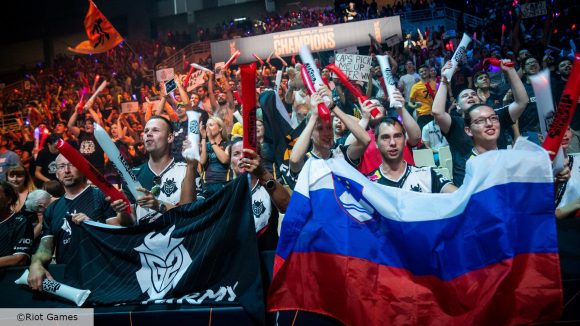 This method, which works out the average number of viewers of a broadcast by taking minutely readings, has been used for decades in television. It gives a better indication as to the size of an engaged audience, giving less of a weighting to passive viewers who dip in and out or don’t watch for long.

It is this engaged audience that the advertisers want to know about, as these are the viewers more likely to view and act upon their commercials.

As a result we’re likely to hear some conservative viewing figures in the future for some of the biggest esports events, but don’t rush to the conclusion that there is an immediate dip in popularity.

The switch to an industry-standard metric can only be a positive thing going forward and by giving big name brands the reliable stats to prove esports popularity, expect to see more of them investing in competitive gaming events in the near future.