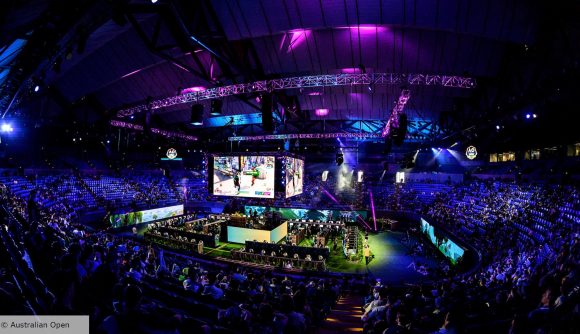 New research conducted by the New York Institute of Technology College of Osteopathic Medicine shows some of the potential health complications faced by esports players include back pain and eye strain.

In a report published in the Journal of the American Osteopathic Association this month called ‘An Osteopathic Physician’s Approach to the Esports Athlete’, researchers looked into how being a professional gamer affects the body. Academics were looking at the impact of being sedentary, as well as being exposed to bright lights from screens, for prolonged periods of time impacted player health.

The report concludes that there is the likelihood that esports players can have cervical, lumbar spine and upper extreme dysfunctions, while dietary and exercise habits might “exacerbate” these problems. Meanwhile, pro players’ eyes can become strained due to being sat in front of bright LED screens, which also impact the circadian rhythm of the body, which regulates when the body is asleep and awake.

The research found that 35% of respondents to research suffer from back or neck pain, either 30%t also experiencing pain in their hand or wrist. Over half suffered from eye fatigue. The report does not indicate if large-scale esports organisations were spoken to about this research.

It’s not just physical health that might be at risk, either. The report found that mental health issues including IGD – aka gaming disorder or addiction – depression, anxiety, and alexithymia (a lack of emotional awareness) potentially being present at high levels of the esports world.

“Given esports are played while sitting, you’d think it would be literally impossible to get injured,” paper co-author Dr Hallie Zwibe says. “The truth is they suffer over-use injuries like any other athlete but also significant health concerns from the sedentary nature of the sport.

“We’re really just now realising how physically and mentally demanding esports can be.

“Like any other college or pro-level athlete, they need trainers, physical therapists and physicians to help them optimise their performance and maintain long-term health.”

Alex Calvin is a trade journalist working in the UK games industry. He launched PCGamesInsider in August 2017, where he was the editor for two years. Previously he was deputy editor of MCV.