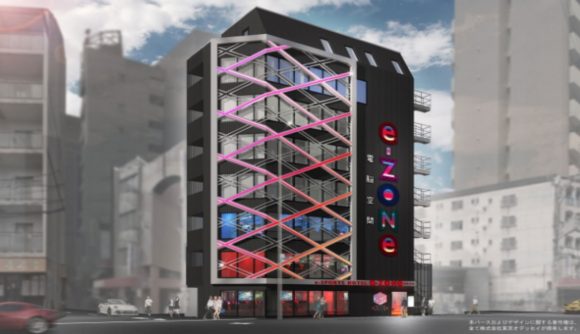 Gaming fans rejoice, because a new eight-floor esports hotel is opening in Japan next year.

The hotel, which boasts three dedicated gaming floors complete with consoles, high-spec PC rigs, and all the live-streaming tech you could ever need, is set for an April 2020 opening in the Nipponbashi District, Osaka. For all you fighting game fans out there, that’s the same area where Capcom and SNK have their headquarters, so it’s safe to say that games such as Street Fighter V will be pre-loaded and ready to play.

While Japanese news outlet Fashion Snap has noted that prices for the 94-room hotel haven’t been revealed yet, there’s still plenty of  detail from the concept images to get excited about. The large majority of the rooms are sleeping cabins, but if you’re lucky enough to book a room on the seventh floor, it looks like there’s enough RGB for any hardened gamer to lose their minds over. There’ll even be high-tech gaming rigs in your rooms that you can roll out of bed to play.

But, if you can’t afford to stay on the seventh floor, this Japanese hotel has got you covered. The biggest attraction of the Esports E-Zone Hotel will be the first three floors. 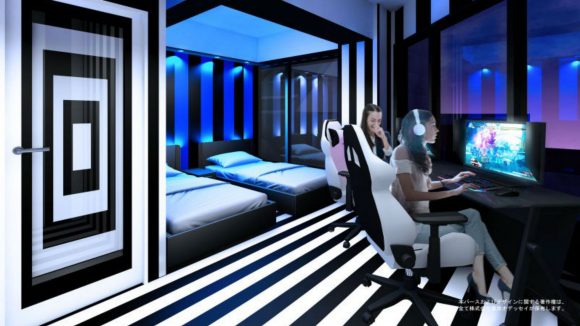 Comprising 70 gaming booths, which have consoles and computers, the hotel is the perfect place to stay for gamers touring Japan. Based on the other concept images, it looks like there are plans to hold tournaments there too.

Even though it’s still in the early stages of planning, it’s definitely something we’ll be keeping an eye on for our next trip to  Japan.