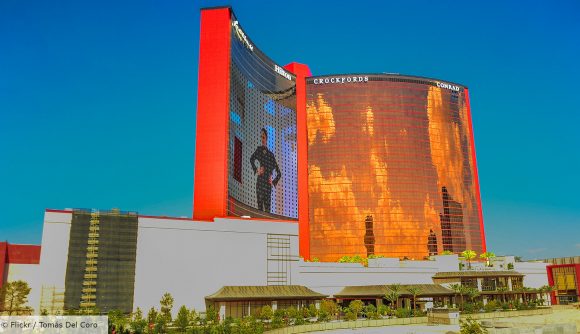 If you’re ingrained in the world of competitive videogames, then you’ll be glad to hear that the Esports Awards is returning for its seventh year running – and the event now has a new and sunny home, so we hope you’ve brought your sunblock.

The Esports Awards 2022, which started in London before moving to Arlington, Texas in 2019, will now be hosted from Resorts World in Las Vegas, which has a capacity of 5,000. The event is set to take place on December 13, 2022. Excited? General admission tickets are available right now on the Esports Awards website, with prices starting at $50.

According to a press release, last year’s Esports Awards garnered a record-breaking 20 million viewers and ten million votes and saw the likes of Eefie ‘sjokz’ Depoortere, Oleksandre ‘s1mple’ Kostyliev, and Ibai ‘Ibai’ Llanos pick up gongs. Over the years, other legendary names from the world of esports and streaming have attended the awards, from Guy ‘DrDisrespect’ Beahm to Matthew ‘Nadeshot’ Haag, and this year will be no different.

However, there will be adjustments to the award categories at this year’s Esports Awards. New awards for Entertainment, Industry, Creative, Pro, On-air Talent, and Collegiate will be added to the schedule, alongside some of the original awards.

“We could not be more excited to start building a legacy with Resorts World Las Vegas,” Esports Awards CEO Michael Ashford says. “We recognize the awards are a deserved end of year celebration and want to build something that caters to delivering a best-in-class experience.”