“I would love to learn how to play Counter-Strike,” says Lars Hartvig, who is nearly 62. Hartvig lives in Slagelse Kommune, a remote municipality of Denmark which is playing host to a new Esport Denmark initiative which intends to introduce esports to the elderly.

Hartvig chuckles at the fact that he will be one of the youngest participants, saying “As I understand, I’m a junior player at the age of 62 – that’s grand.” The six-month program is aimed at adults aged 60 and over, in order to help them stay in touch with each other and combat pandemic-induced loneliness.

“The last time I played a game was 25 or 30 years ago when I played Wolfenstein and Prince of Persia on my Commodore 64,” he explains. Despite having not played many videogames in the time since, his eight-year-old grandson inspired him to join the initiative in order to learn how to play more modern games.

“Now the youngster is playing Fortnite,” Hartvig says of his grandson. “So if I still want to have some quality time with him, I guess I better learn how to play some of the games. I don’t want to play Fortnite, but I hope when he gets older he will play Counter-Strike.”

From what he has seen of Counter-Strike: Global Offensive, it reminds him of Wolfenstein, which he cites as another reason he wants to learn how to play Valve’s first-person shooter. But as well as connecting with his grandson, Hartvig would love to connect with other like-minded people his own age. “I would love to talk with somebody I don’t know, and who is interested in trying to kill some people online,” he laughs. But, as the lessons, which haven’t started yet, will only be held in-person when Denmark’s coronavirus lockdowns have eased, Hartvig also hopes he’ll be able to go for a coffee or a beer with some new friends as well as being able to contact them online.

Want to learn too? Here’s how CS:GO ranks work

While Hartvig wants to connect with the younger generation, the opposite is true of Esport Denmark’s commercial director Mikkel Andersen, who was inspired to create the initiative after trying to connect with the older generation when he was young. “I didn’t have a very good relationship with my grandma when I was a child,” he tells The Loadout. “But what did work was when she had troubles figuring out the computer or the mobile phone. When she needed help to sort those things, I would always be there and help her. And that was my way of spending quality time with my grandma.” 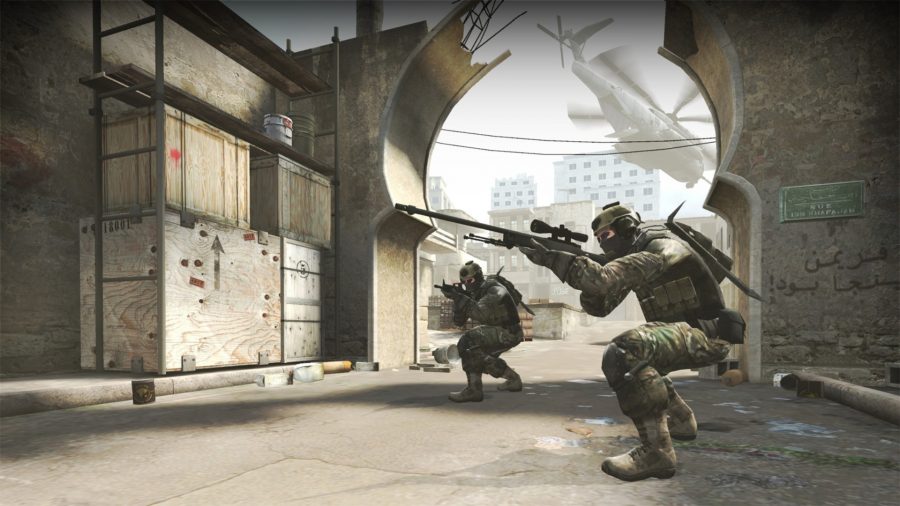 However, Andersen’s plans to teach 1,000 elders the ways of esports over the course of a two-year program differ slightly from Hartvig’s goals: “In the program itself, games are a big part of it, but also the use of Skype calling, video calling, and other ways of reaching out is very important. That’s the whole idea: if you have the tools to reach out to people and contact people when you’re at home and when you’re alone, you have the tools to combat loneliness yourself.”

I would love to learn how to play Counter-Strike

Hartvig had no troubles getting in touch with me via Google Meet; as a schoolteacher currently leading virtual maths lessons, video calls are an everyday occurrence for him. And while the pandemic has clearly affected people’s loneliness and mental health, providing video call training after lockdowns are eased seems like it may have missed the boat a little. However, people and especially older people were lonely before the pandemic, and many will be lonely after it has gone. So if even one of the older or less technically adept participants appreciates the lessons on connecting virtually and can get in touch with someone when they feel alone, it will be a worthwhile pursuit.

While the initiative is going ahead in rural Slagelse Kommune, Esport Denmark is partnering with the University of Copenhagen for the two-year program, which will measure participants loneliness before and after attending the course. The university has conducted multiple studies on loneliness before and during the coronavirus pandemic, measuring the emotion through exhaustive questionnaires given to participants.

“I want this to be data driven,” Andersen urges. “If it’s data driven, the whole country and maybe the whole world could get some use out of this and maybe implement it on their own, in whatever way they feel best.” 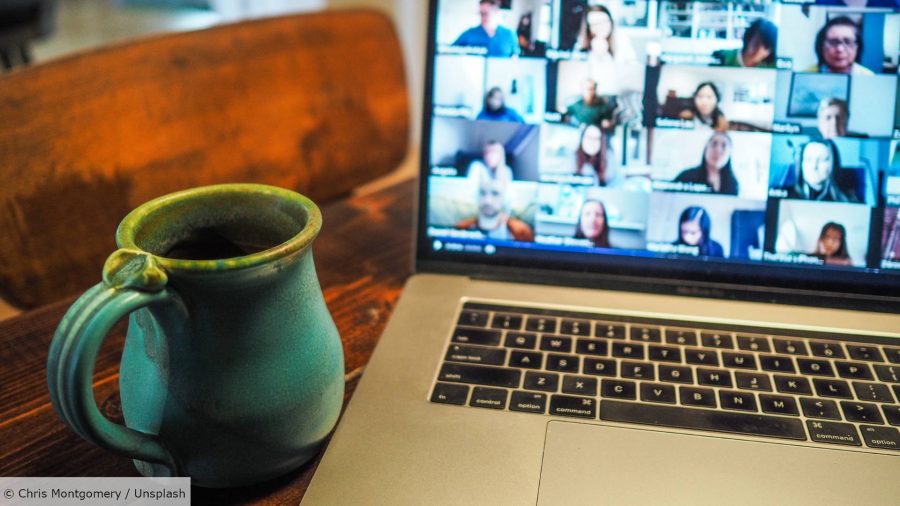 The liberal of application of esports to combat loneliness was a logical step for Andersen, as he claims that 600,000 elderly people are already gamers in the country. He also explains to me that the organisation’s definition of esports is somewhat loose, a wide-ranging concept encompassing mobile board games like Chess and Wordfeud (a variant of Scrabble) all the way to Fortnite and Counter-Strike. The program for Denmark’s elders will focus on the former.

“It’s mostly slow-paced games,” he says. “They [the over 60s gamers] don’t want it going too fast because of their limited knowledge and awareness. So it’s slow-paced games where they can sit and have a conversation in front of each other.”

“My temperament isn’t suited to playing card games and Wordfeud,” says Hartvig. He acknowledges that the young players – he especially looks up to Astralis’ CS:GO roster – have immensely quick fingers that present an advantage over his slower reactions, but wants to give the game his best shot regardless. “Some of my pals would surely like to play some kind of violent game like Counter-Strike, and they’re all at the age of 65+. So if I’m going to join this, it’s got to be an action game and not playing cards, Wordfeud, or Tetris.”

While Andersen suggested that there could be “a little” bit of Counter-Strike taught on the course, there will only be one tutor per group of elders, so their resources could be stretched thin while trying to offer lessons that help the majority of participants. Helping one player to understand the mechanics of a first-person shooter may not be as much of a priority as teaching four people how to set up a Skype call, for instance. 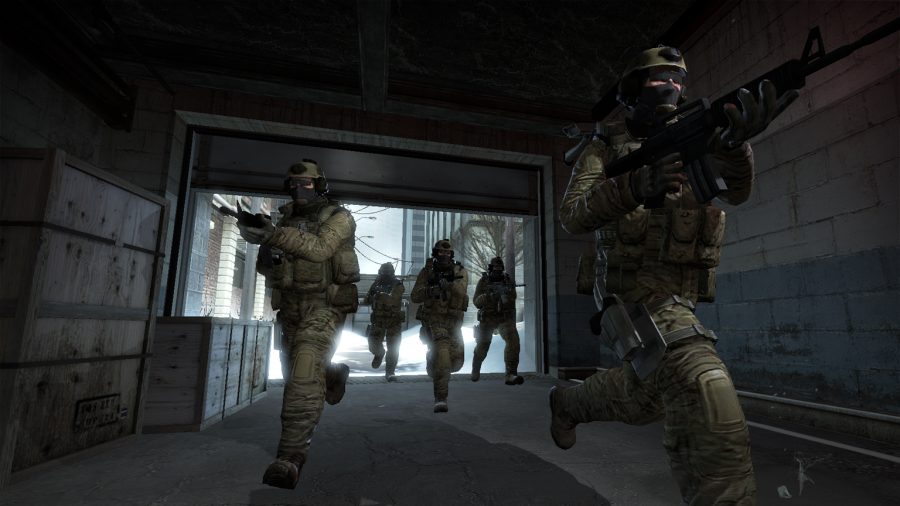 However, Andersen emphasises that Esport Denmark has a lot of educators, and they will be working to make the program applicable to all participants’ expectations. “We are going to use the different skillsets of all our employees to make a program that fits the target group,” he says. Whether the course content will vary from group to group as participants embark on six months of sessions is as yet unclear, but Esport Denmark will need to communicate with its participants if it wants the project to be successful and its elders to come away happy and fulfilled.

Whether Hartvig will achieve his dream of learning to play Counter-Strike remains to be seen, but attendants and educators seem to be like-minded on one key goal: bridging the generational gap with technology.

“We need to do something for our elder generation to coexist with our younger generation,” says Andersen. “And I think that using esports as the glue between two generations is a very smart thing to do.”

Esport Denmark’s initiative will hopefully kick off in summer 2021, and aims to bridge the gap between young and old to create a better connected – and less lonely – society. But keep your eyes peeled, because you might also be seeing one Lars Hartvig on the Astralis CS:GO roster before the year is out.