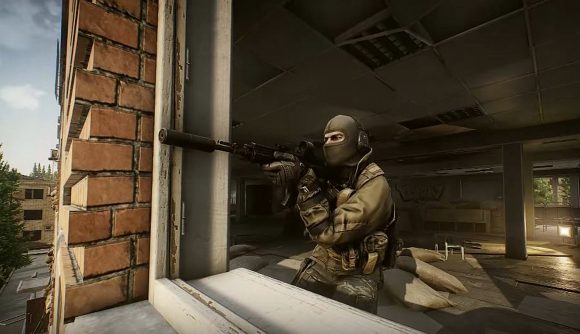 Ask anyone in the Escape From Tarkov community when the next wipe is and the answer will  always be 'next Thursday'. Well, it looks like the next wipe is imminent if you consider developer actions and recent in-game events.

As reported by NME, Battlestate Games has announced it's slashing the price of the game by 20% tomorrow “for the release of 0.12.11 update.” The developer usually puts the game on sale to entice new players to give the game a go during the early stages of a wipe, and, since we're six months on from the last wipe, many veterans are clamouring for a new start.

Plus, some pretty strange things have been happening inside Tarkov too. Killa, the infamous Interchange boss, not only started spawning in Factory, but in Reserve along with all of the other bosses too. As you can imagine, things have got pretty heated in the last couple of days, and Ragman's sales of pants have doubled.

But that’s not all. Labs no longer requires a keycard to enter, busting the game’s card economy, and players are being rewarded with $100,000 for extracting with a friendly Scav.

While some might argue Battlestate is trialing new features out to make the end-game more interesting, the developer has history in creating chaos at the end of a wipe cycle. Last time, Battlestate gave everyone dozens of GP coins to spend on gear for one last hurrah – an action that caused the servers to crash.

So if you’ve got an inventory full of guns, armour, and Bitcoin, get spending – your Escape From Tarkov character might not have that long to live.