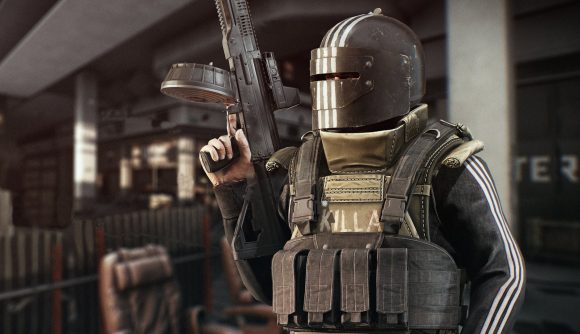 Escape From Tarkov has changed significantly over the course of the last year. From new mechanics and weapons to map extensions, the world of this hardcore survival shooter has shifted with each and every update. And with Battlestate Games teasing development on the upcoming Streets of Tarkov map at the Summer Game Fest, many hoped they’d see an update at Gamescom this year.

Unfortunately that doesn’t appear to be the case. Although it’s been four long years since the Russian developer took to the stage in Cologne, it doesn’t look like we’ll be seeing anything from Nikita Buyanov and his team.

In response to an email from The Loadout, a Battlestate spokesperson confirmed that fans won’t be getting any juice from the Russian developer this time around because the team are “just working on the game.” That means we won’t be getting an update on the Streets of Tarkov update, nor will we get any commentary on the recent changes made to the game.

An update shipped earlier today fixed mainly bugs, but two weeks ago the studio made sweeping changes to the game, including new barter trades for Jaeger and stash tweaks to make it easier for players who own the standard edition to buy more inventory space.