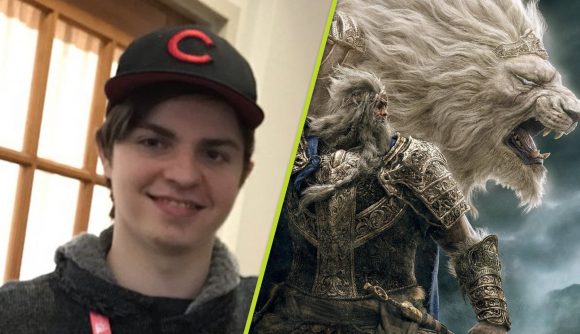 The last few days have seen new Elden Ring speedrun records set almost every day, but now it seems like those records are being broken daily with speedrunners clocking unbelievable completion times for FromSoftware’s latest Soulslike.

The latest record-breaking completion comes from ‘Distortion2’ who has completed Elden Ring in a blisteringly fast 39 minutes and 38 seconds. Of course, this run uses a number of skips and doesn’t involve killing all of the bosses as that would likely take upwards of an hour on its own. Although, we wouldn’t be surprised if someone proves us wrong in the coming weeks.

The run came almost directly in the middle of a 13-hour stream where Distortion2 tested new strategies and paths for a speedrun, eventually landing this completion in under 40 minutes. Before this, the best possible time Distortion2 had completed was a whole minute slower, at 40 minutes and 43 seconds.

Distortion2 is an avid speedrunner, currently holding first place for both an unrestricted and restricted all bosses run in Dark Souls 2: Scholar of the First Sin (according to speedrun.com).

But, beyond FromSoftware games he has also taken on Deathloop, the Resident Evil series, Doom Eternal, Shadow of the Colossus, and more. And, Distortion2 is most likely not going to stop here. But, while they are working out new strategies, you can watch their full Elden Ring clear in under 40 minutes below.

With Elden Ring now having been out in the wild for more than two weeks, it seems like we could see this completion time only lessen as each day goes by. While a 40 minute Elden Ring completion might sound insane, the craziest speedruns are likely still yet to come.