Starfield! Rainbow Six with aliens! BIRDS ON BLOODY SKATEBOARDS! While the general consensus from gamers is that E3 2021 was a bit of a let down in the ‘announcements that blow you away’ department, there were still some massive highlights. Great trailers, fun indies, and first looks at a few real blockbusters like Battlefield 2042 and the aforementioned Starfield.

Still, it wasn’t without its more questionable or underwhelming announcements too. From single games to entire showcases, there were some moments throughout the last week or so that left everyone feeling a bit flat.

We’ve been covering E3 intently here at The Loadout through news, guides, and even live blogs, and we’re quite a diverse bunch when it comes to the games we love and the games we loathe (although we are all equally pumped for SkateBIRD). This means we have a lot of different personal highlights and lowlights from all the E3 presentations, so we thought we’d share them with you.

As soon as I’d seen the cinematic trailer, I knew Battlefield 2042 was going to be my highlight of E3. I’ve grown up playing Battlefield and I’m delighted that EA is going back to its roots to make a multiplayer-only experience that puts players first.

Sure, the gameplay trailer debuted at the Xbox & Bethesda showcase didn’t show off much in the way of gunplay, but after seeing how 128-player battles play out and the new Plus system for weapon attachments, nothing is going to dampen my mood heading towards release.

Back 4 Blood has to be my runner up, though. The game gets better every time we see it.

The cinematics look great, but that’s about as good as it gets. The gameplay looks pretty scuffed and the UI is full of stuff that shouldn’t be there. Has Marvel learned from the Avengers game? Probably not.

I share a lot of commonalities with otters. I like cool rocks, I’m covered from head to toe in the thickest hair in the known universe, and I eat 25% of my body weight in food every day. This is why when Otta appeared in the trailer for Party Animals – Recreate Games’ new ragdoll physics beat ‘em up party game – I instantly knew we had a Game of the Year contender on our hands.

I am a firm advocate of wibbly wobbly games like Human Fall Flat and Gang Beasts, so needless to say I will be throwing copies at my friends when this slapstick banger arrives.

Listen, I’m a big fan of the stuff Square Enix develops and publishes. I’ve dumped more hours into Kingdom Hearts 2 than I have into sleeping (citation needed), and I’ll have you know I even cleared the Pitioss Dungeon in Final Fantasy XV with my hands tied behind my back, blindfolded, and submerged under water (citation also needed).

So when it came to E3 this year I was buzzing to learn more about what Square had in store. While I wasn’t expecting any sort of real update on Final Fantasy XVI – after all Yoshi-P is hard at work on Final Fantasy XIV’s Endwalker expansion – I had heard rumours that a Final Fantasy/Nioh hybrid produced in conjunction with Team Ninja was possibly on the way. My wallet cried out in pain.

When Stranger of Paradise: Final Fantasy Origin was first showcased, however, I was pretty underwhelmed. My initial impression of the trailer was that this was just going to be some sort of cheapened retelling of the original Final Fantasy, but infused with chaos, crystals, and even more chaos. It’s no wonder the game’s messy introduction has since been memed profusely by fans.

But when the PS5 demo finally went live and I managed to experience it for myself, I was pleasantly surprised by the systems on offer – particularly the job trees and the ways in which weapons and abilities are tied. The gameplay is classic Nioh, and I’m all about it.

While it still feels like we could be in for a bit of a safe collaboration between the two developers, and the AI still has its foibles, there’s definitely a solid game in there – certainly more solid than its E3 premiere led us to believe. We’ll just have to wait and see how much polish goes into it between now and its 2022 release date.

The new Halo Infinite trailer certainly piqued my interest, especially as we watched Master Chief navigate his way through space with the help of his shiny new grappling hook. However, it’s this hook’s use in multiplayer matches that is really exciting.

Whether you’re trying to commandeer a vehicle or hit a ballsy flanking manoeuvre, I can’t wait to spend hundreds of hours trying to master the new piece of kit across all the different modes. From split-screen fun in Halo 3 to the iconic esports scene, multiplayer Halo is where the series has always shone for me, and Halo Infinite has the potential to reinvigorate the series’ best asset.

Listen, Nintendo’s E3 Direct was great. We got WarioWare and plenty of Zelda content, as well as a release date for Tony Hawk’s Pro Skater 1 + 2 Remastered which I will be buying for a second time.

However, I wanted to see some Pokémon. I wasn’t expecting an Arceus-themed Switch Pro announcement (although I would definitely cop), but I’m excited to see more of Pokémon Legends – and where better to showcase it than E3? But who am I to tell Nintendo how to sell videogames? 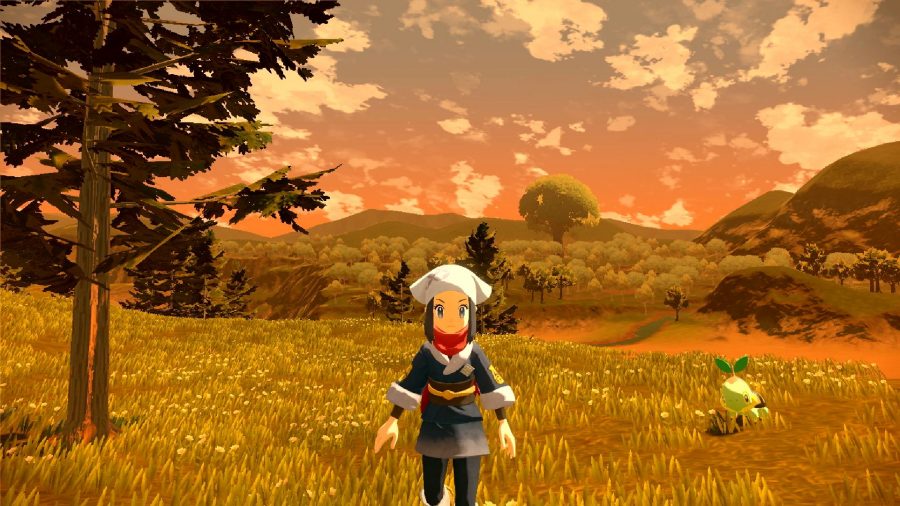 The first open betas of this new battle royale passed me by, but the various mentions of Naraka: Bladepoint throughout E3 certainly caught my attention. Some aspects look a little scuffed (such as the rather janky camera movement) but this intriguing BR takes a lot of core aspects from Apex Legends, PUBG, and Call of Duty: Warzone, but chucks in some Sekiro-esque melee combat for good measure.

I can see this going down a storm – and potentially have a thriving competitive scene too when it launches on PC in August.

Oh, I am also giddy about Starfield, but we’re some way off from getting a proper look at that just yet.

I love a good extreme sports title, and while the environment looked gorgeous in the cinematic, trick-filled trailer that was put out, I was disappointed by the lack of information around modes and the multiplayer experience.

The fact that it’ll be on Xbox Game Pass though does mean I can try it risk free with my current subscription, so I suppose there’s that.