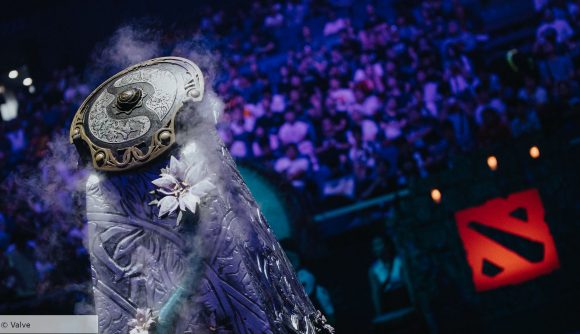 Dot Esports spoke to Doug Lombardi, Valve’s vice president of marketing, who confirmed that a lawsuit has been filed against the tournament organiser, after it failed to pay contractors, on-screen talent, and teams from GESC Indonesia and GESC Thailand. The tournaments  were held in March and May 2018 respectively.

These allegations were also posted in an open letter from a group of players, talent, and agencies, on dota.gg in October 2018. Lombardi says the lawsuit against GESC was filed on April 8, 2019 with the High Court of the Republic of Singapore after “following up” with the tournament organiser.

“Our agreements with tournament operators require timely payment to participants,” Lombardi tells Dot Esports. “We feel this is vital to the success of these events in the long term. When operators fail to meet those requirements, we follow up.”

The events in Indonesia and Thailand acted as qualifying events for The International 2018, and had some of the biggest Dota 2 teams in attendance, as well as $300,000 on the line. It’s unclear though which teams were involved with writing the open letter.

Earlier this year, Starladder came under fire for not paying CS:GO talent in a timely manner for their work on the Berlin Major. Another report from Dot Esports also highlighted that the company took six months to pay some of its Dota 2 talent. With companies like Valve willing to take action on non-payment, hopefully we’ll see less instances of this next year, and a more transparent system.