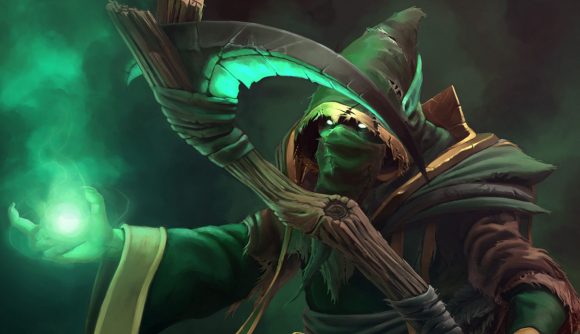 Dota 2’s latest update is here, but instead of the usual hero tweaks we’re used to seeing with patches, we’ve been given a long list of changes to some of the most popular items. Patch 7.27 also brings some sweeping changes to gameplay, including the drafting phase, which should shake things up in the professional scene.

The last patch promoted pushing, resulting in the rise of players using items like Necronomicon and Healm of the Dominator. However, in an effort to balance the meta these items, as well as the Bracer, have all been seriously nerfed.

Valve has countered its sweeping changes with some new additions, though. Blitz Knuckles, a new basic item that costs 1,000 gold, has been added that grants +35 attack speed and is used in a Monkey King Bar build. The Voodoo Mask, which costs 900 gold, has also been added and grants +12% spell life steal.

The ban count is also changing from 4/1/1 to 2/3/2. This means the team who gets the first pick can choose their second hero and essentially ban three heroes that might counter their pick immediately after.

In addition, almost every area of Dota 2’s XP and gold bounty system has been changed, as well as parts of the map. This should bring an end to the game’s frustrating Zoo meta that many pro players have employed in recent weeks.

The next part of the patch will be coming next week, but until then, you can read the full patch notes here.