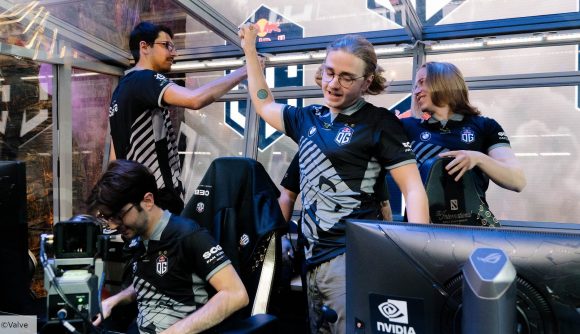 OG, the defending champion of Dota 2’s The International and the only team to have won the prestigious event twice, has been eliminated from TI10 in Bucharest.

With OG having a turbulent year, during which they nearly missed out on qualifying for TI10 altogether, the team had managed to recompose itself and looked relatively strong during the early stages of the competition, landing in the upper bracket of the knockout stage after a decent showing in the groups.

The young Russian-Ukrainian roster of Team Spirit appeared comfortable in dispatching the experienced OG 2-0 – even taunting the former champions with “EZ game” messages in game chat – and securing itself a top six finish at TI10. Spirit is certainly the dark horse of the competition, and will now face fellow CIS team Virtus.pro in the next lower bracket round.

Speaking after the defeat, OG’s Sébastien ‘Ceb’ Debs says that today’s result was “rough” but that losses will always make victories taste sweeter.

Whoever now goes on to win TI10 will be the first winner of The International not called OG since Team Liquid lifted the Aegis of Champions in 2017.