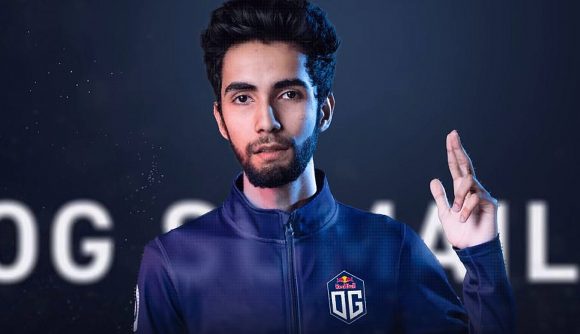 As OG’s back-to-back TI-winning roster begins to break apart, the organisation has announced its first new player who will be looking to guide them to a third successive title.

20-year-old Sumail ‘SumaiL’ Hassan will join OG for 2020 following nearly five years at Evil Geniuses. SumaiL still holds the record for being the youngest Dota 2 player to ever win The International following EG’s 2015 victory. According to OG’s announcement post, SumaiL will also be permanently changing positions to become the team’s carry, plugging the gap left by Anathan ‘Ana’ Pham who is currently taking a break from competing until the start of the 2020/2021 circuit.

SumaiL was benched towards the end of the last competitive season by EG, and had a brief spell as a stand-in with Pro Circuit team Quincy Crew, where he began to hone his skills in his new carry position.

Once a rival who lived evil he’s now a precious ally who wants his crown back.

It is our honor to welcome our new carry player. Please welcome OG. @SumaaaaiL#DreamOG

This week has also seen Jesse ‘JerAx’ Vainikka and Sebastian ‘Ceb’ Debs both step away from their competitive duties. At least one of their replacements is expected to be announced during the OG Night livestream tonight, January 29.

Only Topias ‘Topson’ Taavitsainen and team captain Johan ‘N0tail’ Sundstein now remain on the active roster from the team that won the 2019 TI. With so much change at the organisation, it will be an even taller order than before to secure its third TI in as many years.