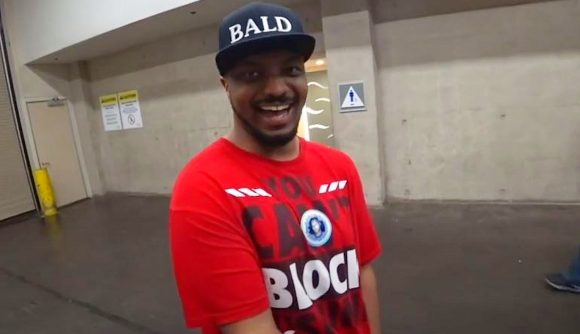 Popular Twitch streamer Matthew ‘Mizkif’ Rinaudo says that he was paid a visit by his local police department after neighbours heard “screaming” coming from his house – which turned out to be fellow streamer ‘Lacari’ getting animated at Dota 2.

Lacari, a well-known Dota streamer with over 140,000 followers on Twitch, was in the living room of Mizkif’s house playing the popular MOBA, but was seemingly getting a bit too – erm, passionate – about the way the game was going. According to a tweet from Mizkif, his neighbours “called the cops on us because there was screaming and we were disturbing the peace.” While we’ve all been a tad exasperated at video games at one time or another, Lacari must have been having a seriously frustrating game to warrant a visit from the authorities.

Sadly, this incident was not captured on stream by Mizkif, Lacari, or any of the other streamers that live in the house. However, you can imagine the embarrassment of having to explain to an officer of the law that you were simply tilting at Dota…

My neighbors just called the cops on us because there was screaming and we were disturbing the peace.

It was Lacari playing Dota in the living room.

Lacari attracts audiences well into the thousands of viewers to his Dota 2 streams and is well known for his big personality.

Maybe the reason for this particular reaction was that he was struggling to get to grips with some of the monster-filled mazes of the new Dota 2 Summer Event Aghanim’s Labyrinth? Who knows? Either way, a rage worthy of a knock at the door from the police is a pretty crazy achievement.