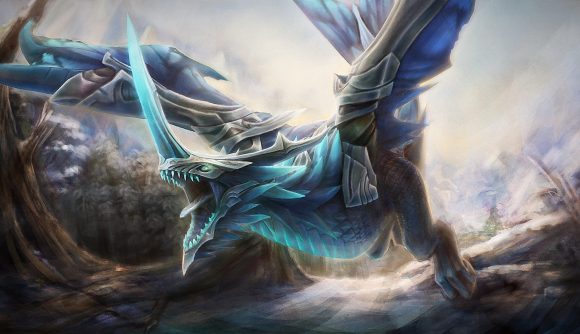 PGL confirms that Singapore Major, the first Dota 2 tournament in over a year, will be played “without fans in attendance.” Singapore Major will see the likes of Team Liquid, Fnatic, and Evil Geniuses fight it out for a slice of the $500,000 prize pool.

While the event is a good sign for the re-emergence of offline esports as more countries begin to recover from the effects of the coronavirus pandemic, PGL wants to make sure Singapore Major is as safe as possible.

The tournament takes place between March 27 and April 4, and will be broadcast on YouTube, Twitch, and Facebook – so fans don’t have to worry about missing out on any action due to the lack of fans. “We will take all the measures needed to have a safe tournament in a healthy environment,” says PGL’s CEO Silviu Stroie in an official blog post.

However, he also explains that the broadcast will give Dota fans the tournament experience that they’ve spent so long without. “The Dota 2 community deserves a top-notch tournament,” he says. “And we want to assure everyone that we’ll do our best to provide an amazing experience for the viewers.”

When Singapore Major was announced last month, PGL described Singapore as “one of the safest countries in the world,” and its opinion hasn’t changed since then. The country’s daily case numbers still remain under 100, meaning it is a relatively safe location for teams to travel to, so long as appropriate precautions are in place.

Adding fans into the mix, however, would increase the risk of transmission, so it seems like a sensible move to play without them for the time being. While we all want to see fans attending in-person when it’s safe to do so, PGL’s 4K stream will provide Dota enthusiasts with an adequate replacement for the time being.