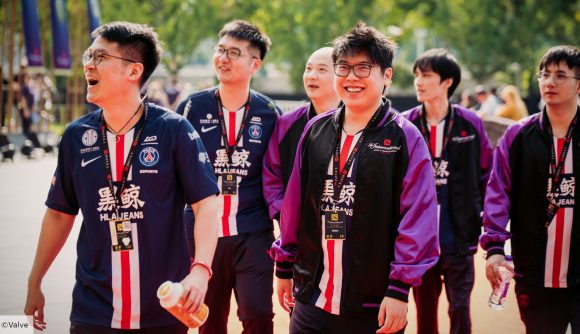 Top-tier esports can be a savage and ruthless place to earn a living, with the top teams plowing a lot of money and resources into competing and often expecting immediate success. And if you’re not pulling your weight, it’s likely you’ll lose your spot on a roster. However, you don’t often see someone get benched as quickly as PSG.LGD’s newest signing, Lai ‘Ahjit’ Jay Son.

After revealing a revamped Dota 2 roster just last week on February 7, the Chinese team has already made the decision to bench carry Ahjit – who was brought in following the shock decision to part ways with the long-serving Wang ‘Ame’ Chunyu – just five days after the announcement welcoming him to the team.

According to a Weibo post by PSG.LGD, the Malaysian carry has been dropped because he had not been achieving the “expected results” the team wanted and that he had been struggling to gel with his teammates. He has now been swiftly replaced by Li ‘ASD’ Zhiwen, who will now get his first shot at top-tier competitive Dota 2.

The line up of @PSGeSports team for ESL One Los Angeles 2020 Major China Open is as follows:

PSG.LGD managed a third place finish at The International 2019, but failed to make much of a mark outside of TI at other major tournaments.

While the decision to replace Ame in the first place was seen as an odd one, the even more radical decision to bench Ahjit after less than a week on the job will raise some questions as to what is going on behind the scenes at PSG.LGD.

Ahjit’s five day stint on the main roster must surely be one of the shortest ever in top-tier esports.