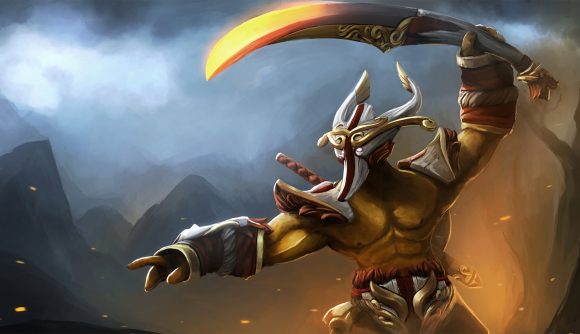 The European Dota 2 scene has been up in arms after one Dota Pro Circuit team made use of a new rule change to allow its coach to talk to players during games – something that is banned in almost all other professional Dota 2 competitions.

The team in question is Alliance, one of the eight teams competing in the DreamLeague Season 15 Dota Pro Circuit competition which is organised by DreamHack and ESL. After footage of Alliance’s games last week were shown in a vlog, viewers noticed coach Peter ‘ppd’ Dager giving in-game callouts to his players. This is against the rules in all other major Dota 2 tournaments, with coaches only allowed to interact with their players during breaks and the draft.

However, a change to the rulebook by the tournament organisers had flown under the radar of most teams, and it transpires that DreamLeague coaches were now permitted to communicate with their players during a match. The rule change was reportedly emailed out to team managers, according to OG CEO Juan Luna, who has been critical of Alliance for exploiting the change.

While it was perfectly within the rules for ppd to talk to his players, many teams and players have voiced their frustration with Alliance for looking to gain an advantage from it and are slamming ESL and DreamHack for not making the change clearer and updating its official rulebook.

And sure. There is a difference between fault and responsibility. But let’s be honest here…ok? Teams talk all the time and we flag things and discuss them. Even between competitors. I speak to Secret and Nigma and alliance and Liquid and EG, and Quicy….. Quite often. C’mon…

ESL has today addressed the issue and is reverting back to the original rules. It says the change “does not align with [Valve’s] stance on coaching” and has apologised to teams for the mid-season change to the rules. It also says the main rulebook was not updated because it failed to “fully inform Valve” that it was making the change.

ESL also says that “teams that made use of the rule change did absolutely nothing wrong.”

We are updating our rules on coaching regarding the #ESLOne DPC Eastern Europe Season 2. Please read our full statement here: pic.twitter.com/t8B5x8FaBC

Before today’s statement, many were concerned that the rule change was the beginning of a shift to “six-man Dota” and were also worried about competitive integrity for The International 10 later this year, with EU teams having played under different rules than other regions.

Alliance is yet to address yesterday’s criticism of their Dota 2 team officially, but The Loadout has reached out for comment.