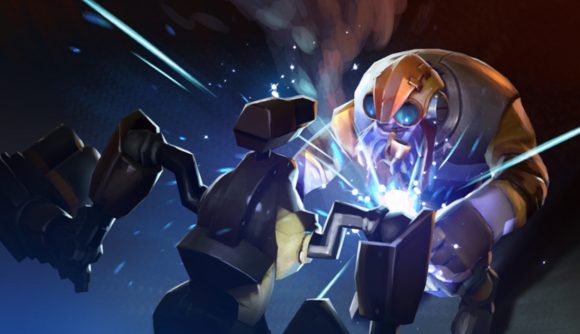 Valve has revealed that the 2021 Dota Pro Circuit will kick off on January 18. This will see 16 teams within two divisions going head to head in each of the six Regional Leagues. The best of the bunch will then qualify for the first Major of the season. More info on the precise scheduling is soon expected to arrive.

While news on the Pro Circuit’s return is encouraging, there’s still no update on The International 10. The tournament, which currently has the biggest prize pool ever for an esports event, is still to be rescheduled after being postponed due to the pandemic.

In a brief update blog, the developer also reconfirmed that the new season starting on December 1 will feature a seasonal quest reset for players, a new treasure, and more fresh gameplay content to get stuck into.

Dota 2’s latest hero was originally scheduled to arrive next Monday, November 30, though Valve says that “she needs a bit more time to cozy up for the winter.” Unfortunately, this means that she’s now expected to make her grand debut alongside the 7.28 update in mid-December.

Beyond that, the team has already started implementing backend changes to gather data for the incoming Overwatch features. This tool should allow you to review “suspicious matches” where you feel bad actors were at play, enhancing the game’s current suite of anti-cheat systems.

These latest updates arrive days after Campo Santo’s Sean Vanaman apologised for using his position at the Valve-owned studio to manually ban a fellow Dota 2 player after an in-game quarrel.