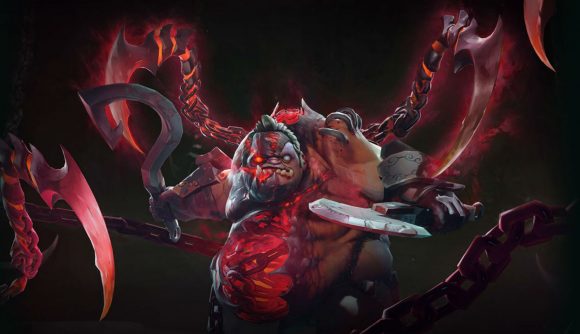 Dota 2 has had a rough couple of months. Since late last year, the MOBA has been hemorrhaging players but it seems like all of that is about to change. In the last 30 days, Dota 2 has had an average of 410,000 players online, bringing the count back in line with statistics from November 2019.

The game, which has been patched a number of times since the end of last year, is most likely seeing an uplift in players due to the outbreak of coronavirus and the quarantine methods employed by many countries around the world. But, in addition to that, Valve has also fixed a lot of matchmaking problems in recent weeks, as well as made a number of changes to the Dota Pro Circuit.

Statistics from Steam Charts, via Dot Esports, suggest that Dota 2 has been losing players consistently since September 2019, which had an average player count of 421,971 and a peak player count of 753,996. The game has now hit 700,000 for the first time in three months and that trend looks to continue.

Of course, Dota 2 isn’t the only game to see an increase in players. CS:GO recently hit one million peak players and Steam broke its record for concurrent peak players too.

With more and more countries imposing self isolation measures, it wouldn’t be surprising to see Dota 2 finally break out of the slump it’s been in for the last few months.