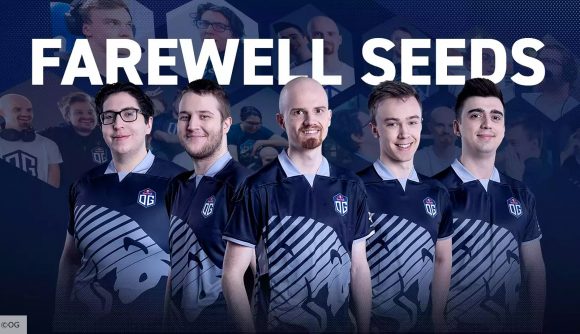 OG has today announced that it is releasing its second Dota 2 roster, OG Seed, due to ongoing “conflicts of interest” with its main team.

OG Seed was set up last year to develop even more Dota 2 talent at the back-to-back TI winners, but after less than seven months the team will now be disbanded as the organisation failed to establish official multi-team ownership and as a result could not enter the team into any tournaments OG’s main roster would be competing in.

“Because of unforeseen situations (the devastating Covid-19 pandemic), The International 10 was postponed, and the competitive calendar for the rest of the year became unclear,” OG says in a statement. “We always knew the two rosters would not be able to compete in TI10 under OG, but as the new calendar started shaping into regional tournaments, we saw that having two rosters competing in the same tournament created a potential conflict of interest. We worked with other teams and Tournament Organizers to try to find a solution, but despite our efforts, we realized that it was still probably a little too soon to try to properly implement multi-team ownership.

“When we learned that OG Seed would not be able to compete in the same tournaments as OG, we sat down with them and mutually decided that we would give OG Seed a 30-days notice before releasing them (1st July 2020), and use this month to help them find a great new home.”

There is currently no word on whether a “new home” has been found for Madara, Chessie, Xibbe, Zfreek, and Peksu as yet.

Despite failing to win a trophy in its short lifespan, OG Seed did top the European Open Qualifiers for both ESL One Los Angeles and Season 1 of the WePlay! Pushka League this year.

The OG Seed team actually ended up playing against and subsequently beating the main OG roster during the group stage of the We Play! Pushka League. It was the only victory Seed picked up in that event and the only occasion where the two teams have crossed paths in a competition.