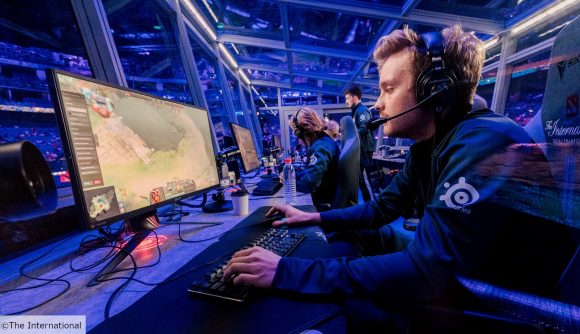 One of OG’s back-to-back The International-winning team, Jesse ‘JerAx’ Vainikka, has called time on his playing career, saying that the culture of competitive Dota 2 has left him feeling “apathetic, exhausted, and almost numb.”

While JerAx – who has played for OG since 2016 and in that time has won over $6 million in prize money – will be retiring from competing, the Finn will remain at OG in a different capacity, although his exact position at the organisation is yet to be confirmed. In a heartfelt statement from OG, the team says: “Together we travelled the world, we won, we lost as well, we experienced so many things. And being friends also means letting them go sometimes.”

In the same statement, JerAx went into detail about why he is leaving the active roster. “Living in this culture has hit me hard,” he admits. “Thinking about the yearly ‘grind’ makes me feel apathetic, exhausted, and almost numb. The fact that I even see it this way, you can already feel something is off. I had to become immune to these feelings during each season, and I learned to just keep moving forward without thinking too much. My passion for the game was there, but I was at times lying to myself that everything was alright.”

He goes on to say that it is the creative process behind a victory that gives him satisfaction rather than the actual win itself and concedes that he has “no willingness nor passion to play Dota 2 anymore.”

From Boston to Shangai, @iamJERAX allowed us to write a unique story with OG.

All good things come to an end, and Jesse has decided to retire from pro Dota 2.
Thank you Jesse!

JerAx’s retirement puts OG in a particularly tricky spot for 2020. Not only will a replacement for JerAx need to be found, but the team also announced last weekend that Australian carry Anathan ‘Ana’ Pham will be extending his break from the roster until the beginning of the 2020/2021 Dota Pro Circuit.

This means OG will be rather thin on the ground for the start of the year.