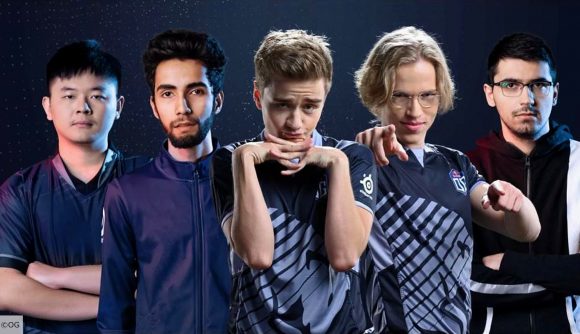 Following yesterday’s announcement that Sumail ‘SumaiL’ Hassan would be joining as a carry, the last pieces of the jigsaw were unveiled during the organisation’s OG Night livestream. Macedonian Saksa joins OG from Ninjas in Pyjamas to replace the now retired Jesse ‘JerAx’ Vainikka. Malaysian MidOne will take the offlaner spot left by Sebastien ‘Ceb’ Debs after joining from Team Secret, who won two major titles during 2019.

With JerAx and Ceb now stepping away from competing and Anathan ‘Ana’ Pham currently taking a break from Dota 2 esports, this means that only two members of the 2019 TI-winning team now remain on the roster: captain Johan ‘N0tail’ Sundstein and Topias ‘Topson’ Taavitsainen. With over half the team now being completely new faces, and some playing in new roles, it will be a tall order for OG to really cement its place in history and win its third consecutive TI.

Carries beware! Offlane got a lot more dangerous
Welcome to @midonedota2 as our last addition to the team!

OG is now at full force to enter the DPC Season.

Following Saksa’s very casual unveiling during the OG Night stream, the Macedonian says: “I’m very excited, there’s a lot of good players on this team, very high calibre. The results they have speaks for that… The understanding of the game that they have is really nice, so being able to play with them is a privilege to me.”

The first test for the new OG roster will be on February 3 when they take part in the European qualifiers for ESL One Los Angeles.