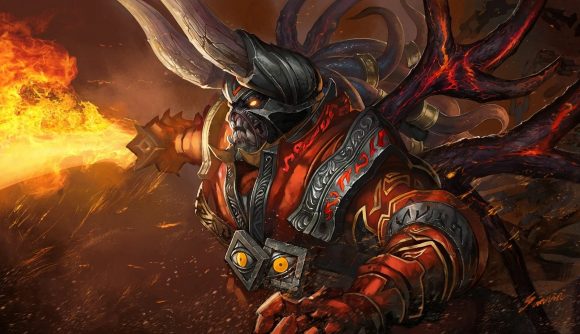 Professional Dota 2 team Elephant has completely obliterated a competitive Dota record. On its run to winning Season 2 of the China Dota 2 Pro Cup, Elephant came up against EHOME in the lower bracket finals and set a pretty unbelievable new record for the biggest gold advantage ever seen in competitive Dota.

By the end of its third and final match with EHOME, Elephant had a gold advantage of 154,000, which completely smashes the previous record of around 93,000 gold that was set by Brazilian team Havan Liberty. This is the highest gold difference at both the end of a competitive Dota 2 match and the highest seen at any stage of a game in the esports’ history, according to Dota 2 stats guru Ben Steenhuisen.

What’s more incredible, according to Steenhuisen, is that no other records were close to being broken in the process of Elephant’s victory. While 80 minutes is longer than average for a competitive Dota match, it was nowhere near some of the crazy two hours plus matches we’ve seen in the past.

It wasn’t as if EHOME were being completely destroyed in other areas by Elephant either, it was just the latter’s intense focus on farming that saw them rack up such an astounding amount of gold compared to its opponent.

By far the biggest gold lead a team has ever ended the game with, or ever had in a professional game. A massive outlier. https://t.co/gPQclr5dL4 pic.twitter.com/zWgFXlORwI

This is a record that will likely stand for a very long time in competitive Dota, and it appeared to spur Elephant on to win the entire tournament after it went on to take down Team Aster in the final.