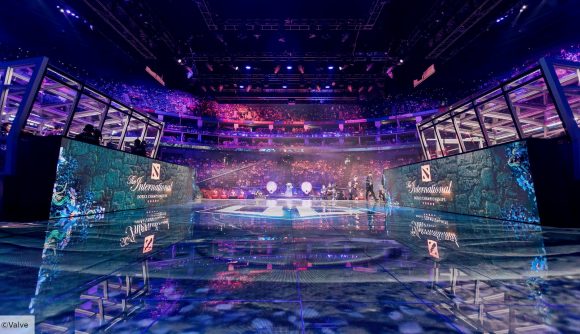 The Dota Pro Circuit is to receive a revamp after the current competitive year which will see six Regional Leagues featuring a total of 96 teams take part.

The new structure, which will come into effect after The International 10 has wrapped up, sees the introduction of leagues for Europe, North America, South America, CIS, Southeast Asia, and China. Throughout the course of a competitive year, there will be three ‘seasons’ which will culminate in a major featuring the best teams from each league. Throughout each season and at majors, teams will compete for both prize money and DPC points.

The new points system will act as the method to qualify for TI, with the 12 teams from across the leagues with the most points automatically qualifying and the best of the rest battling it out for the remaining six spots in a last chance qualifier.

Each of the six leagues will consist of two tiers: an Upper Division and a Lower Division. There will be promotion and relegation between the two tiers each season, with the bottom two in Upper dropping down and the top two in Lower moving up. The bottom two teams in Lower will also be relegated from the league entirely and swapped out with the two best teams from open qualifiers, meaning there will be new faces to each league every season.

The majors at the end of each of the three seasons will feature 18 of the best performing teams, with the amount of spots predetermined for each region. Europe and China will have four spots each, North America and Souteast Asia will each have three, and South America and CIS will have two each.

It’s a real shake up from the way the current competitive year plays out, with Valve themselves saying in its announcement post that the changes were made to make the Dota Pro Circuit more “scheduled and consistent.”

The split of prize money also looks to spread the pot more fairly across all teams competing in the Regional Leagues, with winnings trickling down as far as the sixth-placed team in the Lower Division. Each league will have a total prize pot of $280,000 per season (that’s $840,000 across the entire competitive year). Majors will offer prize pots of $500,000 each ($1,500,000 across the year). There was no word on The International – which frequently breaks its own prize pot record – but it will likely remain the same and be crowdfunded by the Dota community.

The new season will kick off on October 5, 2020 with the first season of the Regional Leagues.