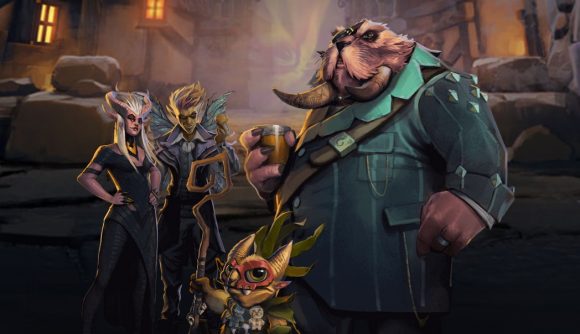 Less than a year on from its creation, Dota Underlords, Valve’s early access auto battler has lost most of its playerbase. Over 200,000 played the game concurrently shortly after launch in June 2019, but that figure has dropped significantly in the last few weeks.

As spotted by eagle-eyed Reddit user Sharkylzrod, Dota Underlords now only pulls in a peak of just over 18,600 players and an average of 11,000 players according to Steam Charts. That means the daily peaks for the once popular auto battler have fallen by 90% alone and the average playerbase has seen a decrease of just over 80%.

Valve created the game after noting the success of Dota Auto Chess, a mod built for Dota 2, which attracted over seven million players when it first launched in January 2019. Despite the genre’s initial popularity, it looks like Dota Underlords’ playerbase has simply lost interest.

Dota 2’s player count has also hit its lowest since January 2014, so it could well be that Valve’s key audience has had enough of the MOBA and its spin-offs for the time being.