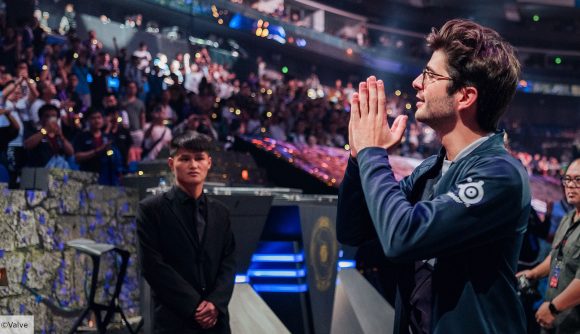 One of OG’s back-to-back The International-winning team, Sebastien ‘Ceb’ Debs, has revealed why he made the surprise decision to return to the main roster and compete in Dota 2 once again six months after retiring.

Ceb announced his retirement as a player in January of this year but remained with OG as a coach. However, the organisation revealed on July 25 that Sumail ‘Sumail’ Hassan would be departing and that Ceb would return to competing once again. Now the Frenchman has lifted the lid on why he came out of competitive retirement – and he seems pretty fired up.

In an interview with OG, Ceb says the biggest reason he retired in the first place was that he was burned out and struggling to create a balance between competing and a social life outside of Dota. However, changing attitudes to burnout in the esports industry – which has become a prevalent topic in esports recently with the likes of Astralis’ CS:GO roster suffering two big burnout casualties – convinced Ceb to come back.

“It was almost impossible to achieve a personal balance, like having a developed personal life with friends and girlfriends,” Ceb says. “You’ve got to give everything to Dota. It was getting harder and harder and it was affecting Dota itself. I need some sort of balance to be able to perform well.

As well as the concerns over burnout being lifted for Ceb, the offlaner admits he’s also been longing to compete with OG captain Johan ‘N0tail’ Sundstein and Topias ‘Topson’ Taavitsainen again and is eager to to remind other Dota 2 teams “where their place is.”

“Playing with Topias and Johan was a big part of it [returning],” Ceb reveals. “Every second they play and I’m not in the game, I feel like I’ve wasted that second and it’s not coming back. I want to have the chance to play these games with them and to have what we already had going, like our friendship and our trust, I want to experience that again. I want other teams to go through that [facing Ceb, Topson, N0tail] again and remind them where their place is.”

While Ceb was technically a coach for OG during the last six months, he did make a couple of stand-in appearances in competitions such as the online Europe and CIS competition for ESL One Los Angeles.

OG fans, who were excited to see even these cameo appearances from Ceb before, will now be able to look forward to the Frenchman being on the roster permanently for the foreseeable future.