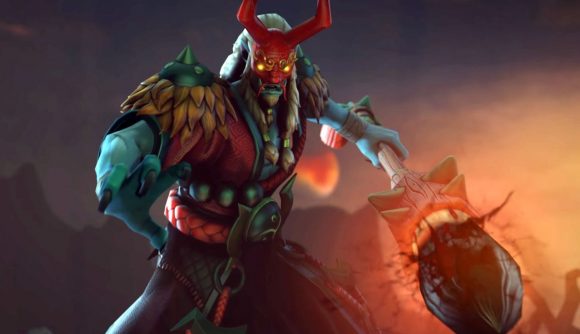 A Dota 2 fan has produced some hilarious results after feeding a machine learning bot thousands of lines of patch notes from the game’s developers in order for it to recreate its own.

Reddit user TheGuywithTehHat posted to the Dota 2 subreddit the patch notes the bot had written. In it, the bot makes some nonsensical suggestions about changes to the game that should be made after taking in and processing over 6,900 lines of text from previous patch notes.

Some of the standout lines the bot has written include: “Fixed a case where you could get Divine Rapier while wearing a hat with no helmet, even if you didn’t equip a helmet,” “Rotation rotations are now queued and will be added to a future game update,” and “Adjusted the following trees to better fit Roshan.” The bot also seems to have become rather fond of one of the game’s heroes after creating the subheading: “Rubick Sexy.”

You can read the full ‘patch notes’ here, but we’ve cherry picked a few more of our favourite lines:

TheGuywithTehHat’s post has over 1,200 upvotes since it was posted yesterday, November 25.

Which of these changes would you love to see implemented into Dota 2? We’re personally upset we can no longer wear a hat with no helmet. Thanks a lot, patch notes bot…