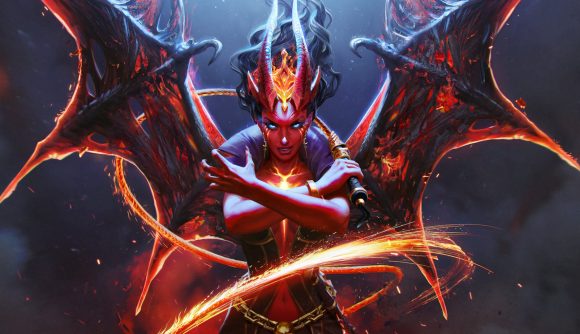 We’re three weeks into Dota 2’s The International battle pass, and although Valve has issued many changes to the way the pass works this year, there’s one thing that’s remained a constant: The Crown Prince of Saudi Arabia, Mohammed bin Salman bin Abdulaziz al-Saud, is still the biggest spender.

During the first week of the 2020 battle pass, we reported that the he had topped the leaderboard with a $9,344 spend, but he’s since doubled that. Stats from Stratz show the prince, whose in-game name is Purrrrrfect Devil Angel Yukeo, has spent a grand total of $22,812 on the pass so far, climbing to level 54,790 in the process.

As many Dota 2 fans will know, a portion of the money spent on the battle pass goes towards The International‘s total prize pool. This year’s total is so far sitting at more than $15 million, and many predict it’ll hit $37 million by the time the pass comes to a close.

Since the prince is the biggest spender so far this year, it’s believed he’s contributed $5,000 to the prize pool by himself, which is pretty impressive.

The International 2020 has been postponed indefinitely by Valve due to the global pandemic caused by COVID-19. The tournament is likely to take place next year.