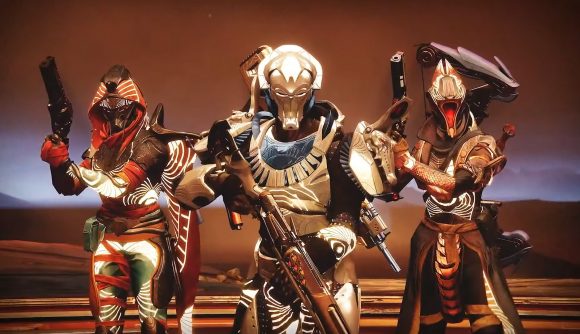 Bungie has announced a slew of updates to the Trials of Osiris during its Witch Queen showcase. When the Trials return on September 10, it will have a matchmade solo queue, anti-cheat, and a revamped way to earn rewards. But don’t worry, Trials fiends, going flawless will remain the only way to earn Adept Trials weapons and all of its unique cosmetics.

“Trials of Osiris is the end game, aspirational PvP activity, and it’s more popular than ever,” says assistant game director Robbie Stevens. “The two biggest asks from our community have been adding anti-cheat, and adding matchmaking.” According to production lead Alison Slavin, Bungie has teamed up with BattlEye – which provides services for PlayerUnknown’s Battlegrounds, Escape from Tarkov, and more – to soft launch its anti-cheat when Trials returns.

On the matchmaking front, players can now queue up for a Trials run solo, and be matchmade with other players. This may be a suboptimal way to queue, especially if you end up matched against a highly coordinated trio, but it certainly makes the game mode more accessible for those who don’t want to go through the rigmarole of manually finding teammates.

Should you and your fireteam falter at the first hurdle, then don’t worry. Bungie has altered the way rewards are dished out in Trials, with rewards given based on individual rounds won and matches completed, as opposed to matches won.

Bungie has also published a blog post which details the new Trials experience for Season of the Lost in more detail, including the progression changes, reward changes, matchmaking, information on when Trials will occur, and more. The full blog post can be read here.

We're partnering with BattlEye to enhance our anti-cheat capabilities. pic.twitter.com/FETjFQlzRl

With all of these chops, changes, and additions, we expect there to be a sizable influx of players trying their hands at Osiris’ Trials – especially now that Destiny 2 cross-play is here. Good luck, Guardians.