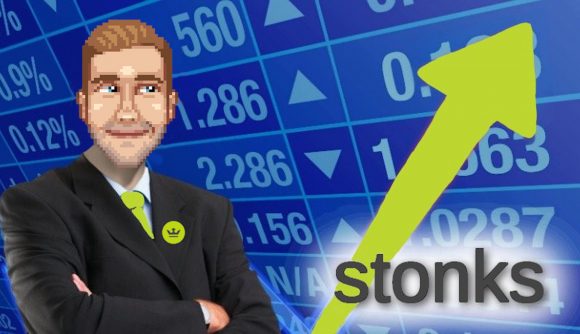 Just under two years ago, I sat in a small cupboard-like room in the old Network N office tapping away on content for what eventually turned out to be The Loadout. While there was a room full of developers next door, there was only one person sat with me in the cupboard: Jamie Hore.

Jamie has been at my side for 22 months now – which is quite the feat in itself – and over that time, he’s helped turn The Loadout into a real contender in the esports and console space. Through his infinite wisdom and my passion for long-term growth, we’ve poured our hearts and souls into the site, creating something that we’re both incredibly proud of.

It’ll come as no big surprise then, that, as of the start of this week, Jamie is now The Loadout’s deputy editor. He’s been my right-hand man from the very beginning, and I’m delighted we can now make that official.

Jamie will be taking over the site’s news section, making sure that what we’re putting out is exactly what you want to read. He’ll still be covering Warzone though, so don’t worry – your loadout guides aren’t going anywhere soon.

You’ll also be glad to know that he’s expanded his coverage. He’s no longer the console scrub of the team (in fact, Joe, our new staff writer, has claimed that title), having taken up Valorant quite recently. Whether he’s any good though remains to be seen. We’ll wait for the next staff gaming night to find that out.

I’m sure you’ll join me in congratulating Jamie on his new appointment. He’s an incredible writer and editor, but an even better partner in crime, and I can’t wait to see what he’s going to achieve next.