But Deathloop, my personal pick for The Loadout’s Game of the Year, was arguably the most genre-defining and innovative project of them all. It expertly redefines how you approach a campaign and objectives, asking you to use your knowledge and what you have learned to progress rather than simply growing in power and strength.

Arkane’s last few games have all been great, but Deathloop feels like the studio has finally taken that extra step where all of its parts coalesce to create a masterful whole. By crafting the game’s narrative around its now-famous time loop, which you have to break in order to escape, you are given breadcrumbs of knowledge about the world and characters, learning about the island of Blackreef, its inhabitants, and the eight Visionaries that strut around the island, with each new loop.

The island of Blackreef is enigmatic, stylish, strange, and familiar all at the same time. Whether it is the 1970s-infused architecture and interior design, or the sleek and vibrant characters, Blackreef fits the brief of a unique Arkane world. Much like how Dunwall and Talos 1 imprinted themselves on me in the past, I can still remember pathways for traversal or key shortcuts I would take as I worked my way to achieving the perfect loop.

When you really think about what makes an Arkane game so special, you realise that it is about crafting individual pieces of a larger puzzle that are all memorable in their own right. Deathloop is the apex of that design philosophy.

Blackreef and the individual districts of the island, their aesthetics, designs, and layouts are all ingrained in my brain, and three months on I am still thinking about the excellent performances from Jason E. Kelley and Ozioma Akagha, which l believe make up one of the best videogame character duos of all time.

Whether it’s the moments between Colt and Juliana, the sleek and smooth soundtrack that made its way onto my Spotify Wrapped for this year, or the immense gratification you feel when you string together the perfect loop, Deathloop is entirely composed of outstanding pieces. When put together, those pieces leave you stunned at how someone was able to conceive a game like this, let alone pull it off with such precision. 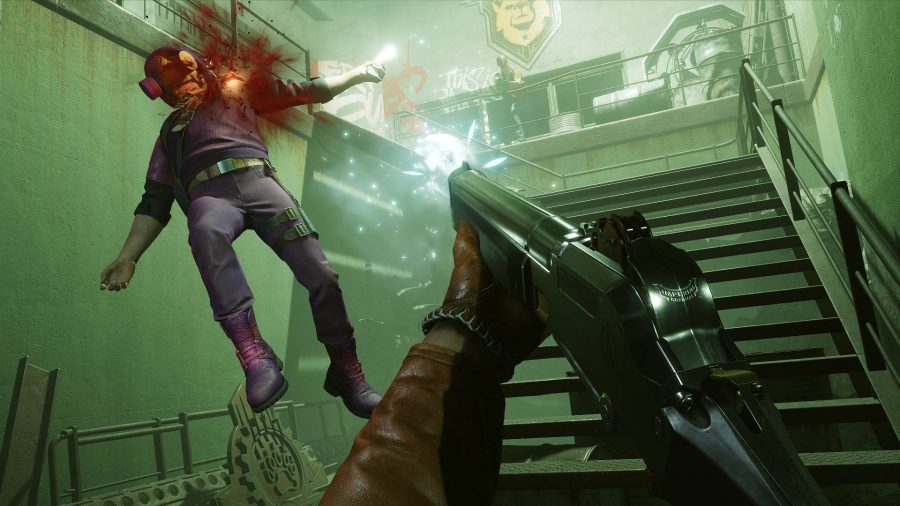 While, 2021 was full of games filled with technical achievements, such as Returnal, which blew me away with what the DualSense was capable of, or Forza Horizon 5, for having the best looking realistic landscape I have ever seen, Deathloop’s entire premise and structure is unlike anything else this year. What makes it exceed everything else this year is not just the concept, but also Arkane’s faultless execution of it.

Dishonored’s narrative never quite met the heights of its gameplay and Prey’s gameplay was clunky, but Deathloop pulls both of these parts together and make a memorable, insatiably gripping, funny, and smart game. It is not only one of the best games of the year but a major stepping stone for Arkane and that’s why it’s my choice for The Loadout’s game of the year.