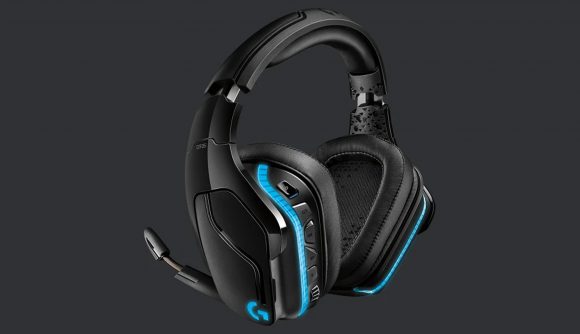 It’s that time of the week again where we comb Amazon for the spiciest deals on gaming gear out there right now. This time round, we’ve got a scorcher for Logitech’s G935 wireless headset.

But what bang do you get for your buck? Well, according to the specs, Logitech has slapped its beefy 50mm Pro-G drivers into the G935, promising “an incredible sonic experience, with greater depth and detail, and minimal distortion.” Sounds good so far. The sonic experience is also bolstered by the inclusion of DTS Headphone:X 2.0 surround sound – a must-have if you’re listening out for enemy Valorant agents scuttling around. You can even tweak the EQ in Logitech’ G Hub software to give footsteps a boost.

In a game like Valorant, good comms are a must if you want to outwit the enemy team. Fortunately, the G935 also sports a 6mm boom mic, which can be flipped up to mute when you get an unintended visitor mid-game.

As for the construction, the G935 comes with some plush-looking leatherette earcups, surrounded by three programmable macro keys, a manual mute button, and a volume dial in case your teammate gets a little excited down the mic. Oh, and of course there’s RGB – because why wouldn’t there be?

This deal won’t be around forever, so grab a pair while you can.