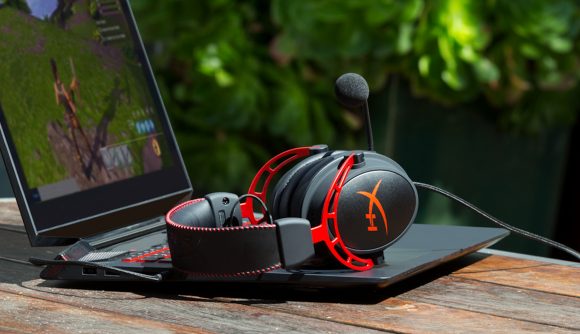 Along with lots of new seasonal updates, there are a whole load of games coming out in the next couple of weeks. If you’re looking to dive head first into a new virtual world, why not do it in style – with a highly recommended gaming headset.

HyperX has been leading the headset space in recent years and that isn’t going to change any time soon. The HyperX Cloud Alpha S, arguably its best set of cans yet, is on offer on Amazon in both the United States and United Kingdom.

But what makes these headphones stand out from the rest? Unlike its little brother, the Cloud Alpha S has both a 3.55m jack and a USB Sound Card, allowing you to use it on both your PC and your console. It also means the headset has 7.1 Virtual Surround Sound, which will make such a difference when playing new-gen games.

The audio control mixer, which can be found on the cable, allows you to adjust surround sound, in-game audio, and chat balance on the fly. There’s even bass adjusters on the side of the earcups.

If you don’t want to spend that much, then it’s worth considering the HyperX Cloud Alpha. This headset might not have as many fancy features as the Cloud Alpha S, but it is still a banging headset. Plus it’s also on sale right now.

No matter which headset you decide to go for, rest assured that these are some of the best on the market right now.