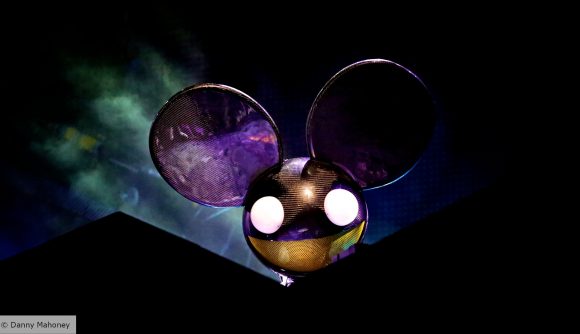 Canadian DJ Joel Zimmerman aka Deadmau5 has made a return to streaming, this time on Microsoft’s Mixer platform. The music personality, normally seen wearing one of many huge mouse masks, joined the streaming service on October 29 and has been playing battle royale title PlayerUnknown’s Battlegrounds over various points in the last six days.

Previously Zimmerman streamed on Twitch, although he said he wouldn’t be using the platform after his account was suspended in February of this year for using a homophobic slur during a PUBG match.

The musician said he wasn’t going to stand for “Twitch’s double standard when it comes to censoring and suspending me for harmless s**t” in a now-deleted Reddit post. In a subsequent statement, Zimmerman said Twitch had “every right” to ban him and that what he said was “incredibly stupid.”

Deadmau5 has been around the games industry for some time, having appeared in DJ Hero 2 back in 2010 as well as showing up as an unlockable character in Coffee Stain Studios’ Goat Simulator. The DJ has also made music for DOTA 2, while his iconic mouse helmet is available in Rocket League.

Meanwhile, Mixer recently revealed that the number of streamed on its platform tripled in the last quarter – between July and September – though the number of hours watched dropped by 10%.