Dead by Daylight is known these days as a Twitch phenomenon that regularly attracts thousands to watch its murderous manhunts. It’s a 4v1 asymmetrical online horror game that pits four survivors against a serial killer. That formula naturally leads to high emotions and high drama. Tension so thick you can cut it with a knife is broken up by chases that start with screams and end with blood.

While Dead by Daylight’s success seems secure now, back in 2016 it was anything but. Developer Behaviour Interactive, best known as a work-for-hire studio, went out on a limb. For a small studio, making an online game is always a risk, but especially one with a setup as unusual as Dead by Daylight’s 4v1 matches of horror.

Making a narrative-based game would typically be the safer option for a small independent team. After all, for a competitive multiplayer game to work, you need online players to populate matches. What if you don’t get enough? A narrative experience takes some of that pressure off. Regardless, Behaviour went all-in with its vision for a gutsy, serial killer showdown.

The success of this decision was uncertain until day two of showing Dead by Daylight for the first time at PAX in 2016. “We had a flood of Twitch streamers, YouTubers, and other content creators who came by because while they were catching up the night before they had been telling each other about this game,” Cote says. “They thought the game would make for a great show and there was so many of them that we started taking notice.” 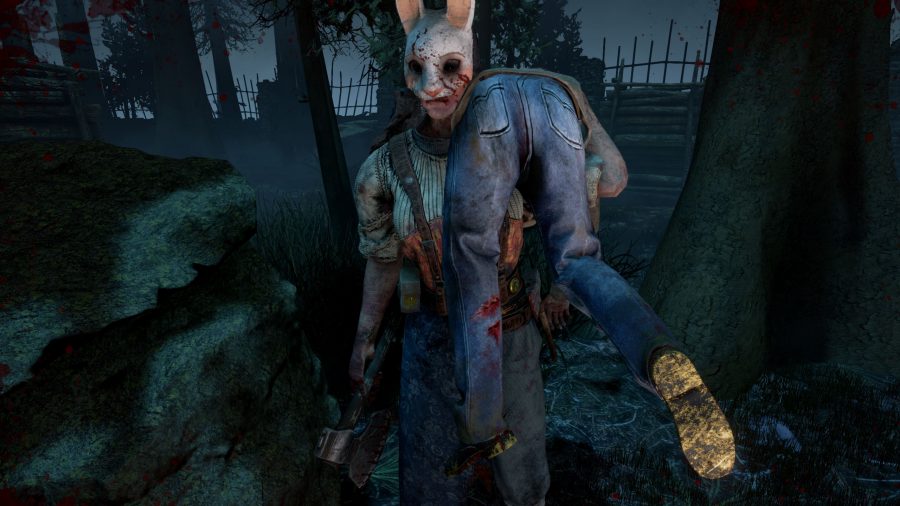 Those people who came to play the game at PAX clearly weren’t wrong about it being a good show. Over the past 30 days, Dead by Daylight has been the 19th most popular game on Twitch in terms of viewing figures. It’s beating titles like FIFA 20, Monster Hunter: World’s new Iceborne expansion, and even Call of Duty: Black Ops 4. That’s especially impressive numbers for an indie game from Canada that came out over three years ago.

But what elements are coming together to make Dead by Daylight so thrilling to watch? Cote points first of all to the strong human emotions it elicits from players – the sweaty palms and yelps of fright. Sneaking past a killer as a survivor is a moment of underwear-ruining terror. Manage to do it, though, and you get to feel the overwhelming elation of actually surviving. It has all the ups and downs you’d want out of a game if you make a living out of playing them in front of an audience.

“Streamers and YouTubers make a living out of being characters that are bigger than life and overreacting to everything,” Cote says, “and so we feed them, giving them gold every day.” But it’s not all about the personalities involved. Look at this moment from Tru3Ta1ent, where a quick glance at his chat gives a stay of execution for one lucky survivor. Keep your eyes on the front of the car in particular.

Here, Tru3Ta1ent isn’t providing the reaction, but watching this clip gives us a similar tension to what a good slasher flick delivers, with would-be dvictims escaping by the skin of their teeth. Every streamer is pushing out moments like this again and again, effectively meaning that Dead by Daylight is a tonally dissonant horror movie that never ends. Add in the licensed killers and it’s one step away from being a relentless B-movie starring your favourite fictional murderer.

Read more: Who’s at the top spot of our biggest streamers list?

Recognising the game’s huge success with content creators, Behaviour formed the “Fog Whisperers,” a group of trusted players and content creators. These Whisperers are embedded into the game’s community and so are in a position to share its secrets with Behaviour. Forming this group was born out of the developer’s desire to move away from what Cote calls “the culture of the shock jock” that some of the biggest streamers and YouTubers play into.

“There’s a culture where you say horrible things and it attracts attention and then you get a bigger following,” Cote says. “It’s very common and we are not interested in associating with these people.”

As Behaviour’s relationship with streamers is symbiotic, it’s critical for the team to make sure that they’re supporting the right people on an official basis. This means ensuring that they’re constructive members of their community and don’t spread toxic or hateful messages around. 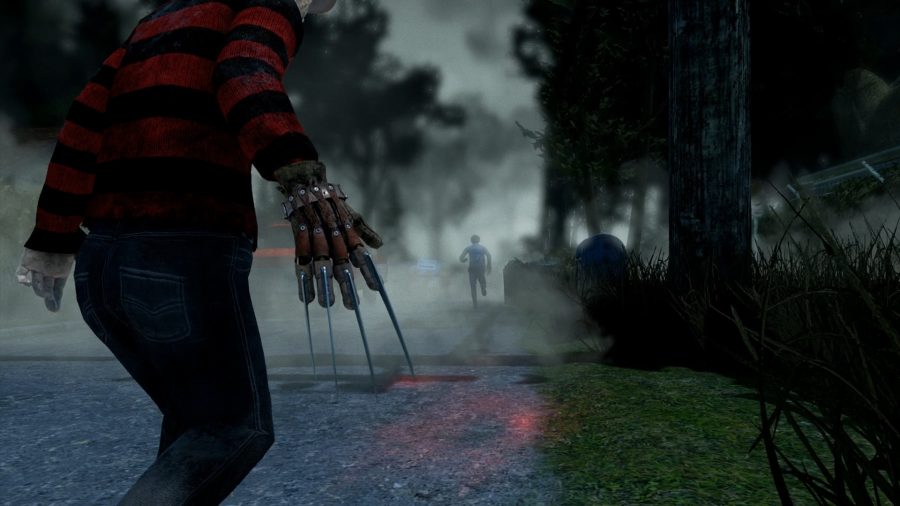 In return, Fog Whisperers are given early access to Dead by Daylight’s new content, and a heads-up on what future plans there are for the game. That means this group often get exclusive access to new mechanics, new perks, and the infamous Memento Mori (referred to as “Moris” by the community). This is a big deal as many of Dead by Daylight’s secrets and more obscure mechanics aren’t explained in the game.

“The concept is simple enough that you can just happily watch the victims get picked off one by one and wince as they get hooked again,” journalist, producer, and regular guest on the Evolution of Horror podcast Louse Blain says. “But understanding the game means you can enjoy watching even more. Knowing how the Mori system works, or a killer’s specific powers, means that you feel even more involved with the horror.”

Cahlaflour decided to try streaming after a GameStop co-worker showed her a few streamers on a work tablet. She started by playing new horror games as they came out but soon decided to stick with Dead by Daylight. She has now accumulated over 65,000 followers on Twitch.

The Dead by Daylight is hungry for these new perks for both killers and survivors, as they often completely change the game. Michael Myers, for example, will obsess over a specific survivor, and his perks interact with them. Several killers have access to powerful Hex perks, which offer a real advantage but are tied to a physical totem in the map. Fail to protect it, and survivors can cleanse the totem and rob the killer of the perk.

None of this is particularly well spelt out, but a good streamer will talk you through how the perk works, and by tuning in religiously you’ll start to understand the mechanics. Being a Fog Whisperer allows a streamer to act as an authority when new content becomes available. This in turn attracts more of the community to their videos and streams. 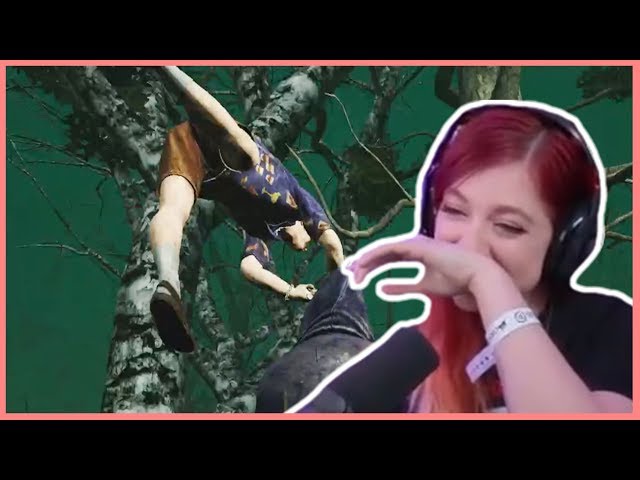 Horror fan and Dead by Daylight streamer Cahlaflour is one of these Fog Whisperers. She started playing the game when it launched in June 2016. After about a year of playing it casually, she started to see other streamers finding the nuances within the game’s more opaque mechanics, and wanted to get involved herself. It’s this, along with it being a horror game in particular, that Cahlaflour thinks make Dead by Daylight a great game for streaming.

“Horror games are incredible for streaming because they give constant feedback to the viewer and the streamer,” she tells me. ”You’re constantly being given things to react to and feed off. You can get the audience into the atmosphere of the game, hype them up and share in the scares together.”

Cahlaflour adds that there’s also the appeal of seeing someone you consider a friend being jump scared and made to look ridiculous. “If the freak out is particularly bad, it’s on the internet for everyone to laugh about forever,” she says. 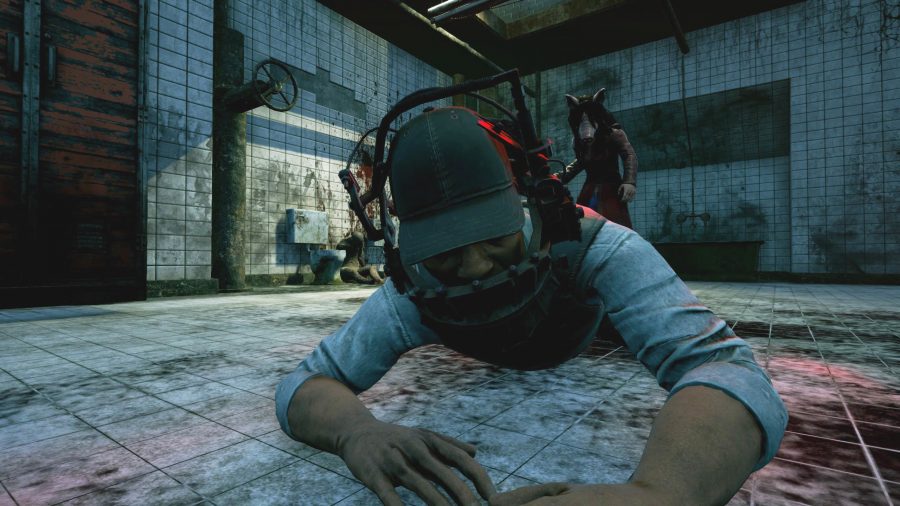 What’s also helped keep Cahlaflour playing Dead by Daylight is that her horror fandom has been entertained. Her favourite horror franchise is Saw, and so when a Saw chapter was added to Dead by Daylight she says she “freaked out.”

Added more recently was the Demogorgon from Stranger Things. It can teleport around the map and constantly pushes and pressures survivors from every angle. Not only does it add a new way to play the game, it keeps it current with horror trends, and is able to attract new horror fans. “With all of the official licences and likenesses, Dead by Daylight is the perfect scary movie sport where thankfully no one really loses any limbs,” Blain says.

Dead by Daylight is easy to watch and understand: the survivors don’t want to be killed, but the killer does everything to make that happen. However when you start layering on all of the extra mechanics, it becomes even more enjoyable, as it moves from a B-movie thrill to a tensely plotted game of cat and mouse. Who doesn’t want to tune into that?