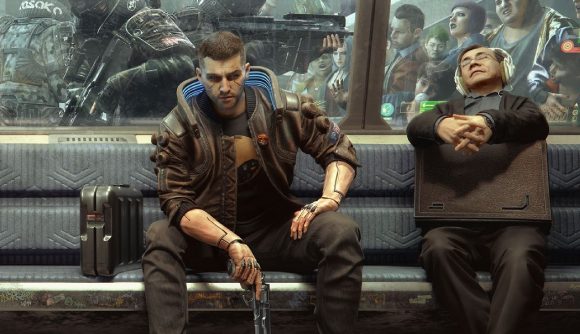 Cyberpunk 2077 update 1.31 has been released on all platforms and the patch notes reveal a number of fixes for the open-world game’s many quests. With issues still persisting almost a year after launch, this patch performs a number of fixes on some of the main quests in the game, including The Nomad, Disasterpiece, and These Boots Are Made For Walkin’.

The specific updates for each quest can be seen on CD Projekt Red’s blog post, but this update also includes some other fixes. A bewildering issue where reload speed perks actually slowed down reloads has been fixed, alongside a problem where V would get stuck in a falling animation after crashing a motorbike and having ‘The Rock’ perk equipped.

Beyond that, some more visual glitches and issues, including wet roads not looking wet have been fixed. The UI has also seen some tweaks related to quickhack tooltips and missing descriptions.

The full Cyberpunk 2077 update 1.31 patch notes can be found on CD Projekt’s Red website and detail some of the fixes in more detail.

Patch 1.31 for Cyberpunk 2077 is now available on PC, consoles and Stadia.

Here's the list of changes for this update: https://t.co/jXTIqTMXMa pic.twitter.com/UwBzziuJ1l

Hopefully, these fixes will be carried over to the PS5 and Xbox Series X|S release, which is still set to arrive later this year.