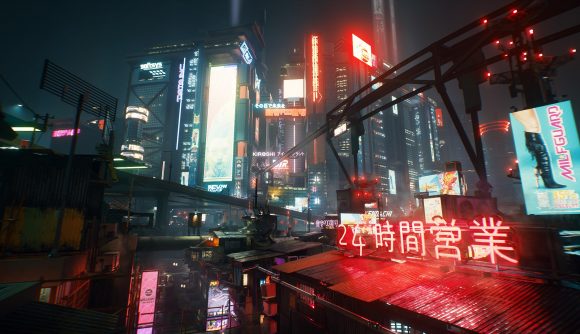 CD Projekt Red has disclosed Cyberpunk 2077’s sales over its first 10 days in a regulatory announcement on its website, and it seems that the many delays and hilarious bugs haven’t dented the game’s popularity.

Cyberpunk 2077 sold 13 million copies in its first 10 days – eight million of which were pre-orders – which is a phenomenal number. This number factors in refunds as of December 20, and counts both physical and digital sales. The data suggests that, despite CD Projekt Red, PlayStation, and Microsoft offering refunds and the game being removed from the PlayStation store, fewer people are taking up those offers than we imagined.

CD Projekt Red says it is committed to supporting the game on last-gen hardware, which has been the worst affected by bugs. In many cases, these bugs are rendering the highly-anticipated game unplayable. However, it looks like players will be waiting until January at the earliest to receive a major update to the game. The company says that Patch #1 next month will “fix the most prominent problems gamers are facing on last-gen consoles,” so perhaps players’ patience will pay off.

It is somewhat surprising that CD Projekt Red has been so up front about its sales figures, as most games companies keep these under wraps and leave the public to speculate. However, it seems that the release is an attempt to reassure investors, as the company says that it decided to publish the data “due to its potential impact on investment-related decisions.”

CD Projekt Red’s stock fell by 22% after Cyberpunk’s launch, due to the amount of bugs and the company offering refunds for players who were unhappy with the game. Cyberpunk still hasn’t reappeared on the PlayStation store, after it was taken down due to the number of bugs in the PS4 version.