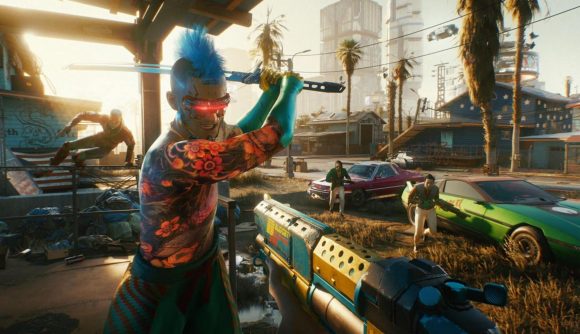 Cyberpunk 2077 update 1.3 is almost upon us and CD Projekt Red is set to reveal the patch notes pretty soon. The developer has been quiet for a while now, but has seemingly been working in the background on a host of improvements to the troubled open-world game.

Alongside some story and driving adjustments, we will get our first batch of free DLC for the game, which had been pushed back until now due to the bugs that had plagued that game on both consoles and PC. This free DLC will be the first of many set to release over the next few months.

CD Projekt Red dived into some of these details on its Twitch channel in a live-stream on August 17, 2021. But, now, we have concrete details and notes for Cyberpunk 2077 patch 1.3, including a number of bug fixes.

The full Cyberpunk 2077 1.3 patch notes are as follows from CD Projekt Red. The patch is now available for everyone on all platforms.

STABILITY AND PERFORMANCE ACROSS PLATFORMS

This section discusses changes that enter all the platforms but many of them make a bigger difference on last generation consoles and lower performance machines.

A blog post provides a little more insight into the patch notes, but it is still pretty vague. We’ll update this post with more detail once the patch notes drop.