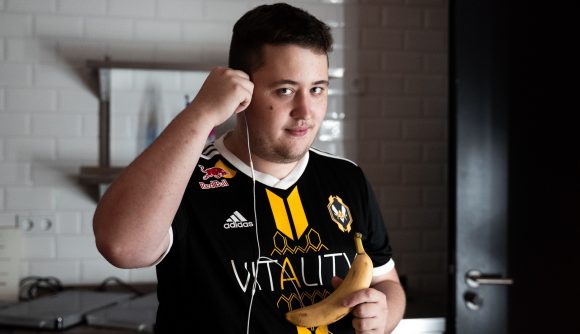 French prodigy Mathieu ‘ZywOo’ Herbaut has been named as the Counter-Strike: Global Offensive player of the year by HLTV. The 19-year-old, who was first tipped for glory three years ago, is the youngest player to receive the accolade and the only Frenchman on this year’s list.

ZywOo joined Team Vitality in October 2018 after being courted by a number of large organisations. The AWPer helped the French team climb the world rankings by winning three tournaments last year, claiming five MVP awards in the process. It’s an impressive first year in the professional scene that will undoubtedly be remembered for years to come.

“I don’t really have the words to describe it, it’s pretty incredible,” ZywOo tells HTLV in his winner’s interview. “I’m still young and this was my first year at the top. It was an amazing year but I think I still have a lot of experience to gain and things to learn. I honestly think that the future can be even better, considering the resources that Vitality are putting at our disposal.

Team Vitality has responded to the incredible rating by investing further in the team. Just this morning, the organisation announced the signing of three performance coaches to help the CS:GO team build upon their successes this year. Thierry Ascoine, a former professional tennis player and coach, joins as the performance director, alongside Pier Gauthier, another former tennis player, and Ludovic Lacayu, a professional poker player.

“I am very excited by this challenge, but I’m also proud and impatient to prove that the victory secured at EPICENTER was only the beginning,” Ascoine says in a press release. “People are at the center of everything, that’s why we will take care of each player individually, but also of all of them as a team. Even during our first meeting with the team I could see that we shared the same ambitions and visions, and that’s what made us accept this project. We are ready, together with Pier and Ludovic, to make Team Vitality’s players fully benefit from our decades of experience and our energy.”