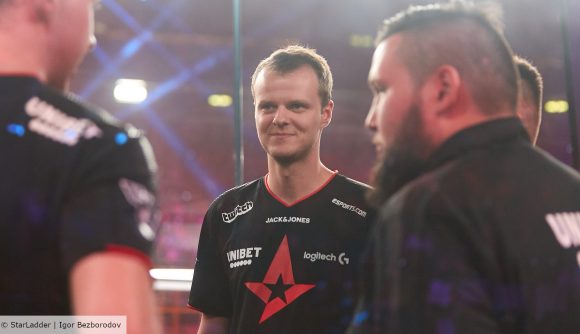 Neither Astralis or Xyp9x has confirmed this officially, but DBLTAP reports sources say the Danish player has decided to step away from the roster temporarily. The report also claims that coach Danny ‘Zonic’ Sorensen has been filling in for Xyp9x in practice matches as Astralis look for a replacement. Heroic’s Patrick ‘Es3tag’ Hansen is set to join the team when his contract ends at the end of June but attempts to negotiate an earlier transfer have fallen through.

Last week, the Counter Strike Professional Players’ Association – of which Xyp9x is a member – posted to social media a reminder to the CS:GO esports community about mental health issues amongst players. This was posted shortly after gla1ve’s confirmed he was taking a break from competing due to stress and burnout.

It is currently unclear whether Xyp9x’s reported absence is due to similar factors.

Toughest decision of my life.

Astralis’ next match is set for June 9 in the playoffs of DreamHack Masters Europe, so we’ll have to wait and see who will be drafted in to fill the clutch minister’s shoes.

The Loadout has reached out to Astralis for confirmation and comment about these reports and we’ll update the story if we hear anything.