Over the years, the wellbeing of athletes has developed into a tangible science. Esports on the other hand is still in its infancy, and its impact on players still needs to be researched. With the popularity of esports rising fast, and the stakes for the top titles getting ever higher, more research is needed into the effects of stress and mental performance.

Skepticism in this area has only hindered the ability of the esports world to welcome positive change regarding the health of esports players. The esports industry is relatively young, and coaches are still learning how to get the best performance out of their teams. In an effort to open the discussion further, the WePlay Academy League Season 1 LAN tournament used heart-rate monitors to display the real-time stresses esports players are put under during competitions.

The pilot season of the new Counter-Strike: Global Offensive tournament run by WePlay Esports was set up is to showcase the talents of young, up-and-coming esports professionals, and saw teams such as Young Ninjas, Fnatic Rising, and Astralis Talent play for the top spot. Using a double elimination bracket where teams played best-of-three matches, the WePlay Academy League Season 1 finals offered a grand prize of $45,000. 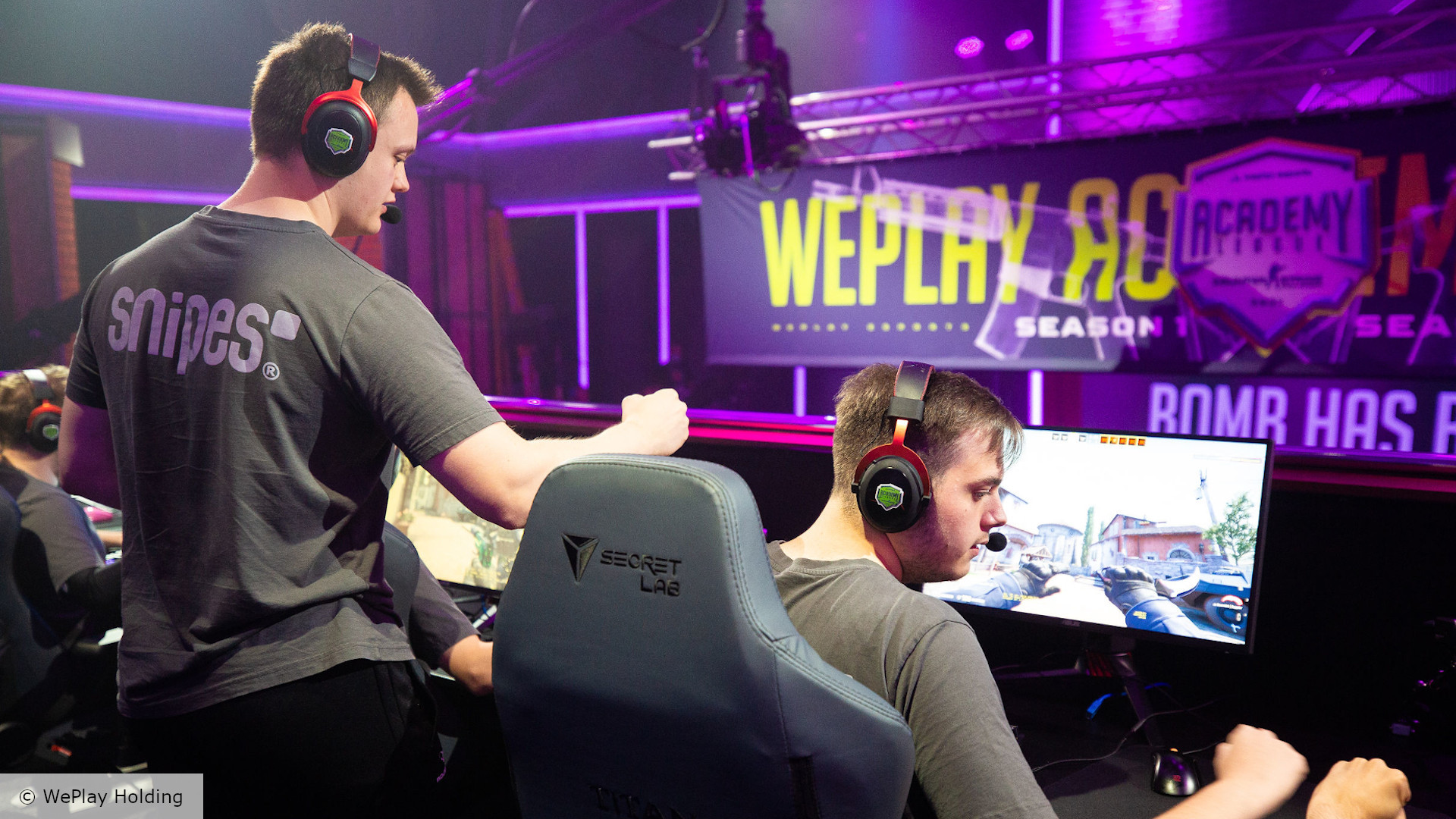 Many of the participating teams stemmed from the youth branch of highly successful esports organisations, such as Fnatic, Ninjas In Pyjamas, and Astralis – meaning the competition gave fans (and the teams themselves) the opportunity to see next-generation talent get on-stage experience. Initially whittled down to four teams via the group stage, the online stages of the tournament built up to the LAN-only finals which took place at WePlay Esports Arena Kyiv. During the play-ins, Astralis Talent, Natus Vincere Junior, FURIA Academy, and VP. Prodigy were all knocked out, with BIG Academy, mouz NXT, Young Ninjas, and Fnatic Rising going through to the finals.

The finals stage consisted of six high-stakes games in total (with each team playing two games each before the Grand Final), in which Young Ninjas held a two game win-streak that propelled them to the last game. Having beaten mouz NXT in the Upper Bracket Final, Young Ninjas looked set for a win, but mouz NXT were crowned the champions after dominating in a chaotic 3-1 final. 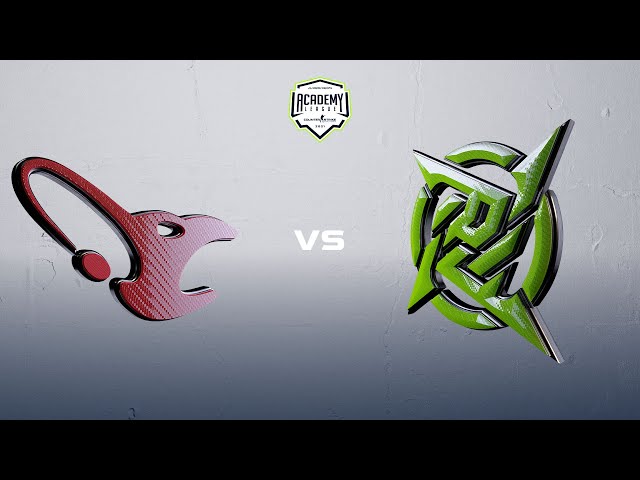 The WePlay Academy League tournament implemented a unique element to the viewer interface, showing the live heart rates of each player next to their game stats. The sensors were used throughout the three-day LAN part of the tournament, concluding with the Grand Finals game between mouz NXT and Young Ninjas. Early on in the game, a slightly elevated heart rate of 85-90 BPM was standard across the board, which can be assumed as a response to the demands of entering a competition. As the game progressed, many players’ heart rates rose to in excess of 120, which is considered an average speed during physical exercise.

Additionally, this rate was maintained for an extended period of time, and spiked whenever the player became a more active participant in play. According to the British Heart Foundation, a normal resting heart rate should not go above 100, but anywhere between 100 and 140 during physical exercise is acceptable. Aside from adding additional entertainment value, displaying live heart-rates serves to emphasise the focus and excitement but also stress of competing in high-stakes games.

Participation in esports requires far more than expertise in the game itself, it also puts demands on the player’s physical and mental capabilities. As such, it further drives home the fact that players require the space and support to mentally prepare prior to each game, and the physical health to maintain unavoidable stress-levels in-game. CS:GO itself has players continuing their esports career well into their thirties, meaning the effects of burnout must be minimised. 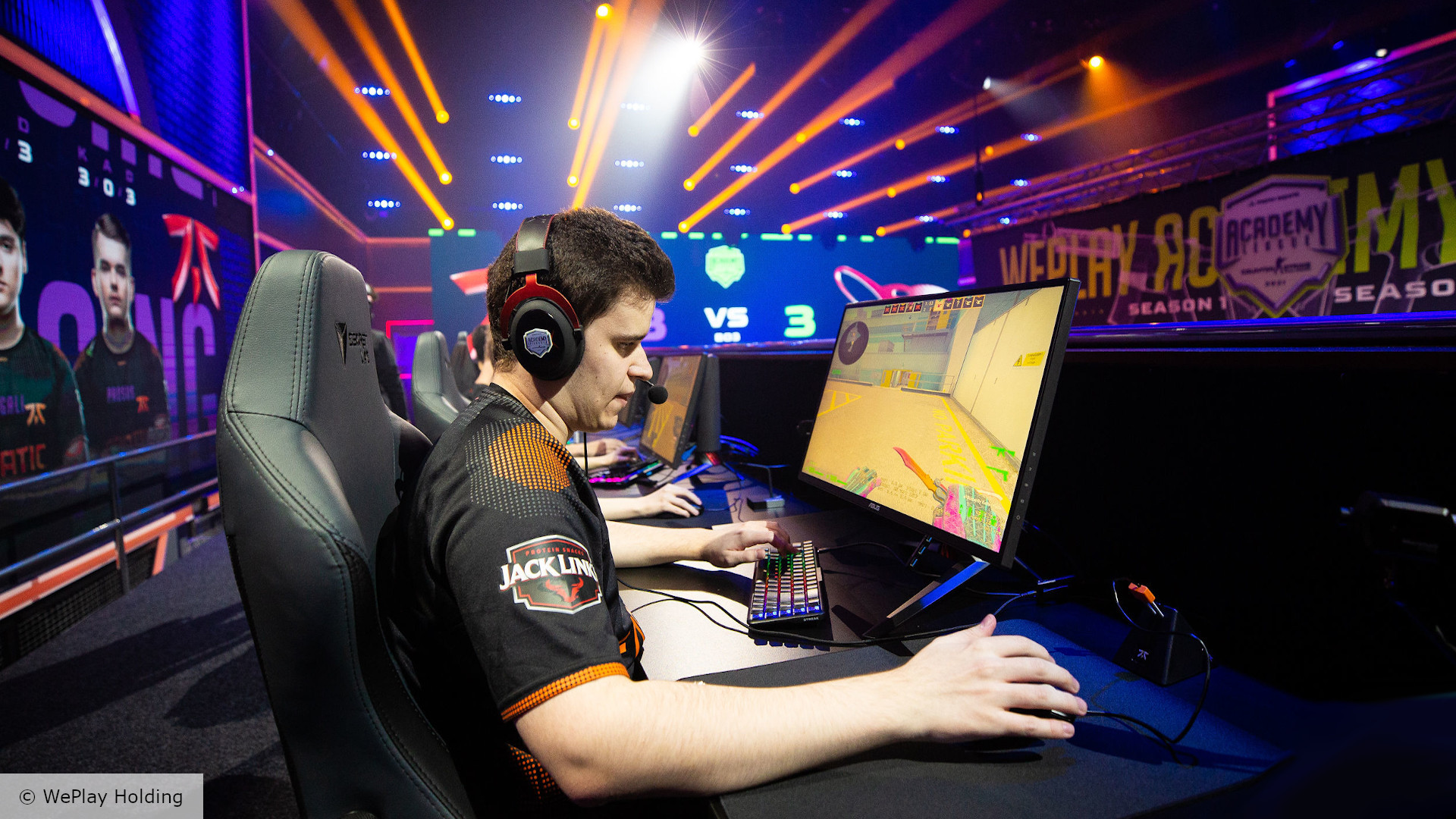 In fact, in an interview with The Loadout last year, MAD Lions’ sports psychologist, Martina Čubrić, said that “At first I was very sceptical of esports because it had so much stigma, but learning more about it and experiencing competitions I was able to see that there is much more to it than just sitting and playing. It proved to me to be the most similar I could see to any competitive discipline that we have – only that it needs more help.”

Heart rates have already been implemented as one way of monitoring athletes participating in traditional sports, allowing for the continued development of sports medicine and psychology. WePlay’s strategy of recording this data during esports tournaments could therefore spell positive change for the wellbeing of esports professionals in future, and the overall stress of the industry being taken more seriously.

WePlay Academy League Season 2 LAN finals are set to get underway on 12 November, when Young Ninjas, mouz NXT, Natus Vincere Junior, and BIG Academy will get hearts racing. Head over to WePlay Holding’s site to learn more about the tournament, including how to watch the stream.