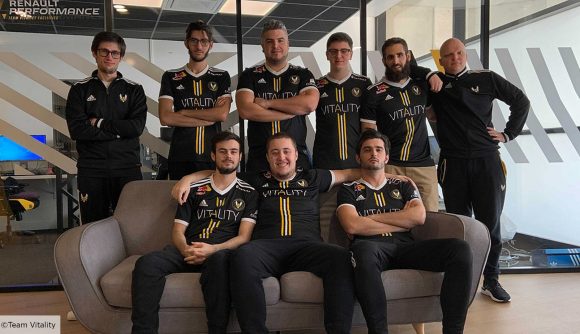 Team Vitality made waves in the second half of 2020 by becoming the first team to make a mid-series substitution in a major Counter-Strike: Global Offensive competition. The French organisation has been championing a six-man roster since, freely rotating players in and out of the starting lineup.

However, early in 2021, Valve ruled that teams who substituted players during official Regional Major Ranking competitions would face punishment. While third-parties like BLAST have continued to let Vitality rotate its team, it has now decided to drop its resident sixth man, Nabil ‘Nivera’ Benrlitom, as it gears up for a number of competitions offering RMR points.

In a statement, Vitality thanks Nivera for being part of its “ambitious” six-man team and for helping it secure two big titles at the tail end of 2020. It also states that it is “firmly convinced” six-man rosters are the best way to help grow the competitive CS:GO scene, but has been forced to drop Nivera because of Valve’s decision.

“Unfortunately, following the recent announcement, questions arose regarding the six-man format and we aren’t feeling confident regarding the future of this structure,” Vitality says. “Therefore, we are coming back to a five-man roster for the time being.”

While the Belgian isn’t leaving the organisation, he reveals that he is open to a loan move to another team.