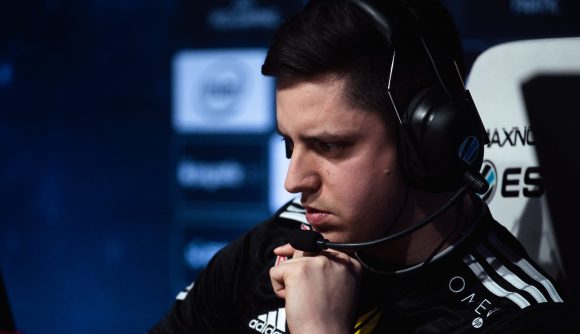 Team Vitality has revealed that in-game leader Dan ‘apEX’ Madesclaire is taking a break from competitive Counter-Strike due to a number of factors, including “personal problems”.

The 28-year-old, who just yesterday competed in the first match Vitality’s BLAST Premier Spring campaign, will now be out of action for the “entire” competition at least, according to a statement from Vitality coach Rémy ‘XTQZZZ’ Quoniam. This period of absence may also be extended should apEX need more time away from the team.

In his statement XTQZZZ lists a number of factors that have been affecting his players in the past few weeks, which he also says is attributing to Vitality’s sluggish start to 2021. “Collective difficulties within the team are currently impacting performance,” the coach says. “The early season announcements and unjustified accusations have been difficult to take, in addition to the current health context.” The “accusations” appear to be in reference to the $10,000 fine Vitality was forced to pay for having a stream of the game they were playing on near its players.

apEX’s “personal problems have added to all this,” according to XTQZZ, which is why the Frenchman is being put on the sidelines for the time being.

TL;DR: our captain @Vitality_apEX takes a break due to personal reasons. We hope to have him back in the team as soon as possible. pic.twitter.com/UxSTDrzC0N

While not confirmed in the statement, it is almost certain that Vitality’s rotating sixth player, Nabil ‘Nivera’ Benrlitom, will now be a permanent fixture in the team until apEX returns.