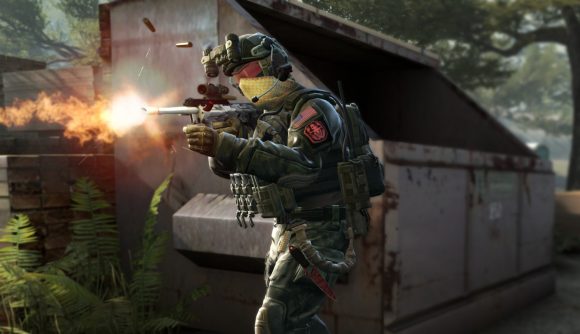 Reflecting on the ten-year anniversary of its inception, Virtus.pro has been sharing some fond memories and stories with fans from its journey in esports. But one story involving a suspect bank transfer from Counter-Strike developer Valve makes for particularly hilarious reading, with Virtus.pro being mistaken for a “borderline terrorist organisation”, according to its owner.

As part of the celebrations, Virtus.pro recalls that following the MLG Major Championship: Columbus in 2016, Valve began releasing money to teams that was generated by the sale of team-branded weapon stickers within the game. While team owners across CS:GO esports would be awaiting the money with open arms, Valve’s wording on its payment to Virtus.pro almost landed the organisation in hot water.

According to Anton Chereppenikov, the CEO and owner of ESforce, the group that owns Virtus.pro, “the employees of the Lithuanian bank with which we cooperated with at the time were shocked and frightened” after Valve’s bank transfer was worded simply as “weapon sticker sales”.

Chereppenikov says the transfer was denied by the bank, who believed Virtus.Pro was some kind of terrorist group doing weapon deals with a private company.

After the MLG Major Championship: Columbus, Valve started transferring money generated from the sales of in-game stickers with clubs’ logos, to their respective owners. 💸

However, there was a happy ending, as Chereppenikov says the team got in touch with the bank, explained the situation and what CS:GO actually was, and its weapon sticker money was paid out.

While esports has become more widely recognised and talked about in the mainstream in recent years, a lack of knowledge around the industry  in 2016 almost saw Virtus.pro finding itself the top of INTERPOL’s most wanted list, rather than the CS:GO world rankings.