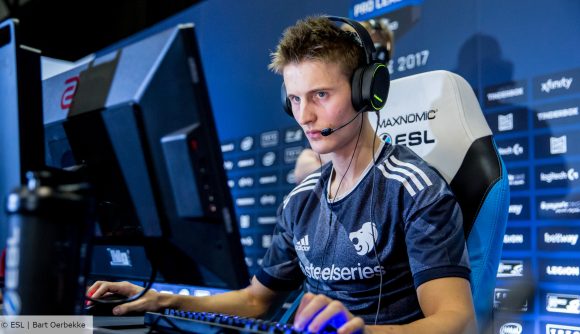 Counter-Strike: Global Offensive player Valdemar ‘Valde’ Bjørn Vangså has confirmed he has left North for another team. The in game leader, who was benched in October for René ‘cajunb’ Borg, says he’s ready to “go down a different path” after the organisation confirmed he’s been sold to an “unnamed team.”

Valde has been with North since 2017, and in that time, he led the team to three DreamHack Open victories and one DramHack Masters. The 24-year-old was also named as the 20th best player of 2018 by HLTV after holding impressive form that year.

In a Twitlonger, which also forms part of North’s official statement, the Dane says: “The time has come for me to try something new and go down a different path in my career. I could feel within myself that it is the right decision and it’s always with mixed feelings leaving something behind that has been a huge part of your life.

“I’ve been disappointed in myself not doing better over the last months in North but I’ve learned so much about who I want to be as a player and I look forward to 2020 as the year where I will take the next steps on my journey towards being a better and more complete player.”

Valde is rumoured to join Aleksi ‘Aleksib’ Virolainen, Nathan ‘NBK’ Schmitt, Issa ‘Issaa’ Murad, and Mateusz ‘mantuu’ Wilczewski on the new OG lineup. The Dota 2 org has teased its entry into the CS:GO market in the last few weeks, so we won’t have long to wait to find out if Valde will be joining them.

North on the other hand has some “exciting announcements in the pipeline” despite having a fully-fledged CS:GO roster. It’s unclear if the announcements will focus on other esports or on CS:GO, but it’s definitely worth keeping an eye out for.