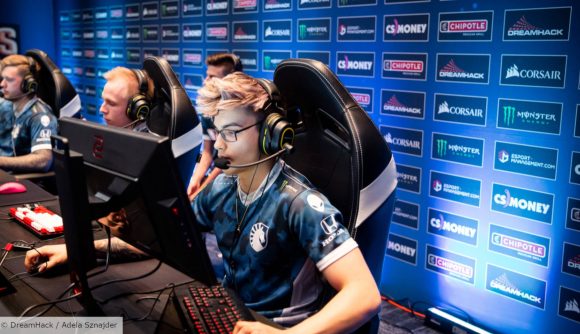 Counter-Strike: Global Offensive player Russel ‘Twistzz’ van Dulken revealed he is parting ways with Team Liquid in a surprise announcement. He broke the news while being interviewed after the culmination of the Intel Extreme Masters Season XV Global Challenge, which Team Liquid came runner-up in.

Twistzz, 21, joined Team Liquid in 2017 and has enjoyed much success in his three and a half years playing Counter-Strike with the team. He helped the organisation win eight major CS:GO tournaments, including the one million dollar Intel Grand Slam Season 2 prize for being the first team to win four out of ten S-Tier tournaments in a season.

Team Liquid lost 3-0 to Astralis in the final this time around, but it’s Twistzz’s announcement that has stolen the headlines. “I’ve enjoyed all the support over the years,” he says in the post-match interview. “The org’s been nothing but family to me, and I hope that I’m back next year in a new home.”

He goes on to explain that it was “a mutual decision,” and that he believes the move to be “best for both sides.” While he didn’t explicitly state where he is planning to move, Twistzz confirms he wants to stay in Europe and continue to compete in online Counter-Strike next year.

BREAKING from @Twistzz, he will stop playing for @TeamLiquidCS 😢

Best of luck in whatever comes next! ♥#IEM pic.twitter.com/85k3DpVKYB

According to a report by Rush B Media, Team Liquid is hoping to replace Twistzz with Brazilian veteran Gabriel ‘FalleN’ Toledo, although no contracts have been signed. According to the report, FalleN practised with Team Liquid in October this year while Twistzz was taking a mental health break.

Team Liquid fans will no doubt be gutted that the talented Canadian is leaving the team, especially after Nick ‘nitr0’ Cannella retired in August to pursue competitive Valorant. However, other teams will likely be lining up contracts as we speak – if there isn’t already an agreement in place that hasn’t been announced yet.