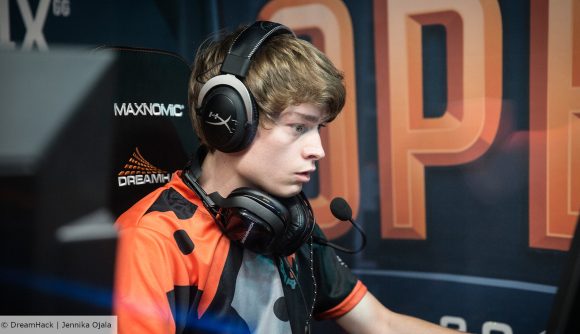 We still don’t know much about Riot Games’ new first-person shooter Project A, but that’s not stopped professional players dreaming of what might be. Braxton ‘swag’ Pierce is one of those players and he’s announced he’s stepping back from Counter-Strike: Global Offensive to focus on the future.

The 23-year-old was permanently banned from CS:GO five years ago following the iBuyPower scandal. DreamHack and ESL lifted their bans on the player in 2018, but Valve’s competitive ban remains. As a result, swag has finally decided to pack his CS:GO career in. His tweet confirms he’s left Swole Patrol with immediate effect and will now start preparing for the release of Project A.

“I am no longer with Swole Patrol,” Swag says on Twitter. “I have decided to take a step back from competitive CS and although I may still stream CS in the future, my main goal is to await the release of Project A and put my ambitions of being the best in the world to fruition.

“Thank you to everyone for your support and I hope you guys will continue to support my journey! It’s been a fun 8 years, and 22k hours from 1.6 to GO (yikes, but I don’t regret any of it).”

Thank you everyone for your support and I hope you guys will continue to support my journey! It’s been a fun 8 years, and 22k hours from 1.6 to GO (yikes, but I don’t regret any of it)

Several players and broadcasters petitioned Valve to lift swag’s ban but their attempts were unsuccessful.

Moving to Project A, which caster Henry ‘HenryG’ Greer described as the best game since CS:GO, will allow swag to break free of the chains imposed on him, and, hopefully, flourish in a new scene.