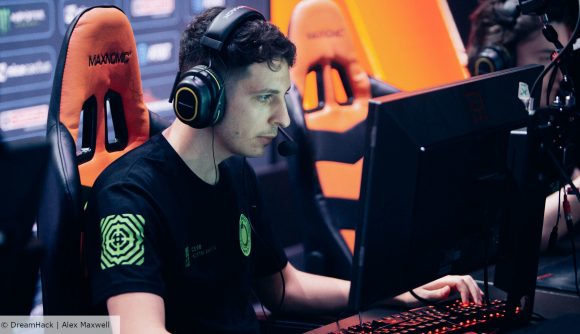 Valorant’s recent online competitions have really shone a light on the game’s growing professional scene, and it looks like another Counter-Strike: Global Offensive veteran is set to join the Riot Games ranks. Joshua ‘steel’ Nissan, who was handed a lifetime ban from all Valve events following his role in the iBUYPOWER match-fixing scandal of 2014, has stepped down from the Chaos CS:GO roster to pursue a Valorant career.

First reported by DBLTAP and HLTV, steel has moved to a full-time Valorant content creator position inside Chaos and will reportedly be replaced on the CS:GO lineup by free agent Edgar ‘MarKe’ Maldonado. The news comes just as Chaos enters the top 20 of the HLTV world rankings for the first time.

“Even at the best of times change is constant. Coming off of our recent success, Josh ‘steel’ Nissan will be transitioning to streaming full-time as a content creator focused on Valorant within the organization,” the official Chaos statement reads. “In his time with us Josh has helped build something special with our CS:GO roster, and we want to honor his wishes to let him take time to figure out what is next for him in his competitive career.”

Despite being hit with a life-time ban from Valve, steel has been a regular face in the CS:GO scene, playing for a number of teams in ESL, DreamHack, and FACEIT related tournaments. However, the impact of his ban, which preventing him in playing Major qualifying tournaments meant that he could never really progress in his career.

As such, steel has called time on his CS:GO experience, and while he’ll only stream Valorant for now, time will tell if he’ll follow in the footsteps of his former teammate Braxton ‘Brax’ Pierce in joining a big organisation like T1.